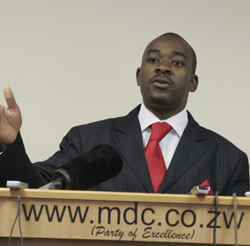 THE entry of US President Barack Obama in 2009 was characterised by inflated and buoyant expectations by most Africans that the Washington song would be sweet melody for the rest of the continent. In reality, there has been a lingering sense of disillusionment, anxiety and in some instances, outright disappointment in the hearts and minds of many on the African continent.
In the context of the above, it was an historic event in Washington last week as President Obama played host to an auspicious, and perhaps biggest, gathering the African heads of state and governments ever assembled by a U.S. President. The three-day U.S.-Africa Leader’s Summit focused on sustainable development, trade, collaboration, investment, and America’s commitment to Africa’s security, its democratic development, and its people.
As forerunner to the Summit, President Obama’s Young African Leaders Initiative (YALI) was in the spotlight, as the US leader hosted a meeting with the 500 leaders selected as the inaugural class for the Mandela Washington Fellowship. Interestingly, the theme for the U.S.-Africa Leaders’ Summit was “Investing in the Next Generation.” I suppose we are too careless about ourselves that we need another to define our priorities and strategic direction going forward.
In that context, it makes illustrative and interesting reading after making a survey of the list of leaders who were not invited. These include Robert Mugabe, Omar al-Bashir, of Sudan, Catherine Samba-Panza, interim president of Central African Republic and Isaias Afewerki, president of Eritrea. It is good that the US has made the correct finger sign on regimes outside the zone of legitimacy and credibility.
But the above list is made complex by the invitation of certain leaders of the same street as those excluded. These include Swaziland’s King Mswati, Equatorial Guinea’s President Teodoro Obiang Nguema Mbasogo whose country ranks 136th out of 187 countries in the Human Development Index and Republic of Congo’s President Denis Sassou Nguesso.
The presidents of Sierra Leone and Liberia decided to prioritise their home fronts to co-ordinate their respective efforts against the deadly Ebola outbreak which has claimed more than 700 lives.
It appears to me that no nation has boycotted the summit in solidarity with Zimbabwe’s President Robert Mugabe, who is currently the deputy chairman of the Southern African Development Community (Sadc) and vice-president of the African Union – in itself, a very telling development on the politics and psyche of African power dynamics and priorities.Advertisement