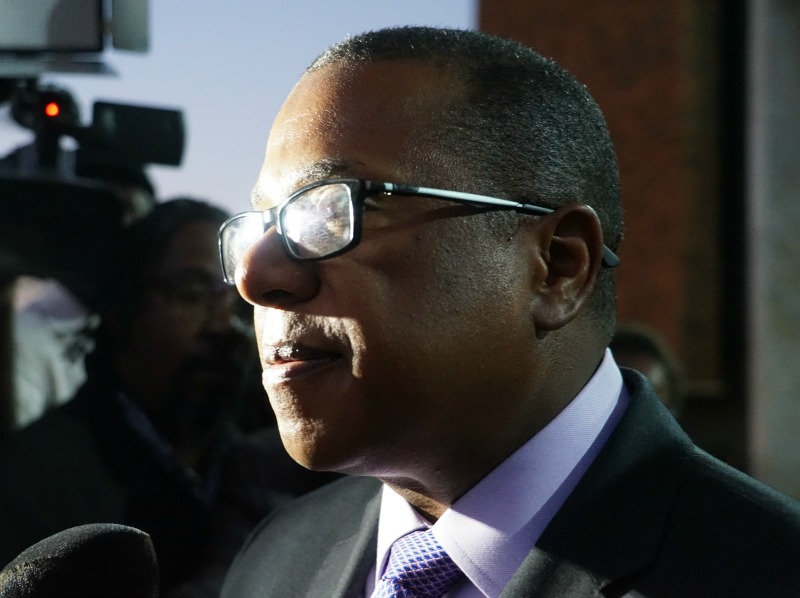 US ambassador to Zimbabwe Brian Nichols Thursday made a surprise appearance at Tendai Biti’s court hearing telling journalists soon after that the decision by Zimbabwean authorities to charge the MDC Alliance politician was “worrisome”.

Zimbabwe’s incumbent leader Emmerson Mnangagwa is under fire for visiting acts of retribution against some opposition activists and leaders, some of whom have since gone into hiding.

Nichols said the US and the broader international community will keenly be following the progress of Biti’s trial amid concerns Zimbabwe could be regressing into a dire rights situation witnessed during former President Robert Mugabe’s regime.

“The concerns on the welfare of Tendai Biti are foremost in the minds of many in the international community; you have seen a statement from the EU, Canada, Australia and the USA,” he said while referring to an earlier statement by in which the western countries called on authorities to stick to the confines of the law in handling alleged political violations by the opposition.

“Mr Biti is in good condition and we will follow the case closely. The state has charged him with two counts, and they will be adjudicated but the charges are a bit worrisome on the face of it,” he said.

The US diplomat said the international community, the US included, will continue to make sure that everyone following up on Biti’s case was going to respect the opposition politician’s “physical integrity, the human rights and constitutional rights and that the constitution of Zimbabwe is respected”.

He was also ordered to surrender his passport, title deeds and not to interfere with witnesses.

The outspoken politician was further barred from making any public political statement and to report twice a day at CID law and order division until the court ruled otherwise.

Meanwhile, in a later statement attributed to US state department spokesperson Heather Nauert, the US government said it was “gravely” concerned with wide reports of state persecution on opposition leaders and their supporters by the state.

Nauert urged Zimbabwean authorities to guarantee Biti’s safety and to respect the rule of law in handling the matter.