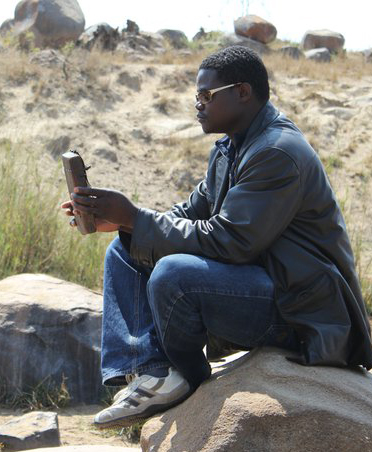 HISTORY records colonialism as a lingering infection of violent domination. The conquerors arrive with avarice and superior weapons, and maintain order through intimidation.
Sometimes, though, says a University of California, Santa Barbara historian, they also use the music of the conquered as a weapon.
In “African Music, Power, and Being in Colonial Zimbabwe” (Indiana University Press, 2015) Mhoze Chikowero, an associate professor of history at UCSB, reveals how British colonists suppressed and co-opted African music and dance, and the role of music as Africans rose up to reclaim their independence in the Second Chimurenga (war of self-liberation) in the 1960 and ’70s. The First Chimurenga failed in 1896-97, resulting in African subjugation.
“It’s not just a book about music. It’s more of a history through music,” Chikowero said.
“As a historian I’m interested in archives, I’m interested in sources, I’m interested in how we can use indigenous knowledge systems to write history, and this is a good example of that.”
Chikowero, a Zimbabwean national, noted that when the British colonised the country in 1890, they packaged it as a “civilising mission.”
In reality, he said, it was designed “to systematically destroy, deliberately distort, or censor the positive aspects of African cultural life while underscoring the negative.”
Music is key in Madzimbabwe spiritualities, as living people commune with God through their spirit mediums and ancestors in mapira musical ceremonies, Chikowero explained.
The modern country of Zimbabwe took its name from the Southern African Zimbabwe civilisations symbolised by the stone cities dating to about 900 AD. The Great Zimbabwe is the largest of these Zimbabwes or “houses of stone.”
“It is this spirituality that drew missionaries to commend the music, particularly the spiritual music performed on the mbira instrument,” Chikowero said.
“These people are speaking to ancestors, they’re speaking to their pagan gods. So the missionaries descended on these cultures to crush them.”
Assault on African culture

Chikowero argues that the assault on African culture wasn’t limited to the missionaries.
Once the indigenous people were subjugated and restricted to reserves, he asserts, their music was “studied” by ethnomusicologists eager to redefine “primitive” culture as inferior and in need of the guiding hand of the colonists.Advertisement

Although some scholars have argued that Eurocentric ethnomusicology promoted native culture, Chikowero strongly disagrees.
“They don’t see it as I do — ethnomusicology and other colonial social sciences constituted an effort to understand ‘the other’ so as to better dominate him, to better govern him in the system of so-called native administration.”
This is why these social scientists were funded by the colonial state; they were functionaries in the process of knowledge colonialism, he said.
Despite decades of cultural crisis — the British colonised Zimbabwe in 1890 and relinquished power in 1980 — Chikowero said Africans kept alive their traditions, often by sly rebellion.
“When the children went to the mission schools,” he noted, “they took their songs, they took their foundational philosophical ideas to those mission stations.
“And when they were marching — they marched every morning — the songs that they sang were often in their own languages, or rearranged to sound like they were singing about Jesus and ‘civilisation.’
Sometimes when they sang about Jesus they were still singing music that actually protested the new system of the oppressors — ‘the people without knees’ — a reference to Europeans’ forcing Africans to labour for them as if they did not have knees. They came to this country and forced us into slavery and all these things.”
When Zimbabweans re-ignited their anticolonial uprising in the Second Chimurenga (the guerilla warfare of the 1960s and ’70s), music drove the fight, Chikowero said.
The music of Chimurenga provided the soundtrack of resistance, with the likes of Thomas Mapfumo, Dorothy Masuku and Zexie Manatsa leading the way.
Nearly a century of colonial occupation had wounded indigenous culture, but it wasn’t as deadly as it was in the Americas.
“There was crisis, yes, but there was not wholesale cultural erasure,” Chikowero explained.
“Perhaps because of the demographics, you don’t have a demographic collapse like there was in this part of the world. So Africans were still able to deploy their cultures in the ultimate struggle for self-liberation.”