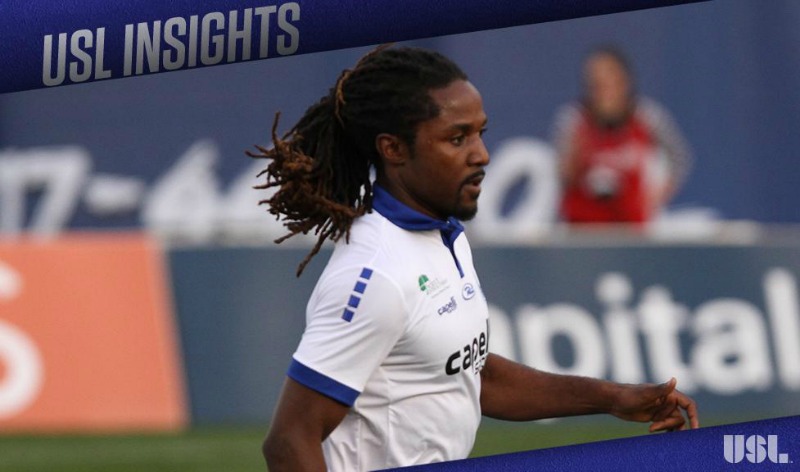 UNITED States Zimbabwean striker Lucky Mkosana has expressed his delight after receiving his maiden call-up to the Zimbabwe senior national soccer team’s camp ahead of the 2019 African Cup of Nations qualifier against Congo in Brazzaville next month.

The 30-year-old marksman, who has previously played for New York Cosmos before another stint with Finnish champions IFK Mariehamn described the recognition as a dream come true.

“It’s something that I’ve always dreamed of. Representing your country is the utmost goal for every athlete. I’m humbled and forever grateful for this opportunity,” Mkosana told NewZimbabwe.com from his base in the US.

Mkosana has been enjoying a memorable season for Penn FC, who ply their trade in the United Soccer League, the second tier of the American soccer pyramid, scoring nine goals, a third of his team’s 27 goals this season.

He attributed the good form to the backing he has received from his coaches and teammates and hopes he will be able to carry that form to the national team if given the opportunity.

“Getting the confidence and trust from the coaches and teammates changes your game mentally, and as a striker I have to position myself in dangerous areas and make it hard for the defenders.

“All the credit must go to my teammates. We have a good understanding in the attacking-half and the service in the box has been phenomenal so far. I’m looking forward to representing my country and hopefully the goals keep coming,” he said.

Warriors team manager Wellington Mpandare said Mkosana had been called up as backup to China-based hitman Nyasha Mushekwi who is doubtful for the crucial tie.

Mpandare said the striker’s physical attributes to suit the bill for what Warriors coach Sunday Chidzambwa is looking for ahead of the trip to Congo.

“In the 13 games he has started, he has scored nine goals and one assist. He is heavily built. I think he can give us something since we have doubts with Nyasha.

“He has been in the US most of the time. He went to college there, briefly played in Finland and returned to the States,’’ Mpandare said.

Mkosana played college soccer in the US at Dartmouth College between 2008 and 2011.

He became Dartmouth’s all-time career leader with 34 career goals, breaking a record that had stood since 1953.

In 2012 Major League Soccer (MLS) side Chicago Fire selected Mkosana in the second round of the 2012 MLS SuperDraft, but wasn’t signed by the club.

Mkosana instead signed with USL Pro club Harrisburg City Islanders before also featuring for Tampa Bay Rowdies and New York Cosmos where he won successive league titles with the club ides in 2015 and 2016.

In 2017, Mkosana made 15 appearances for Finnish Champions IFK Mariehamn and scored four goals.

Mkosana is also involved in a number of charity initiatives as a way of giving back to youths in his hometown, Plumtree and in December last year established a football academy in the border town, which focuses on empowering young players through education and football.