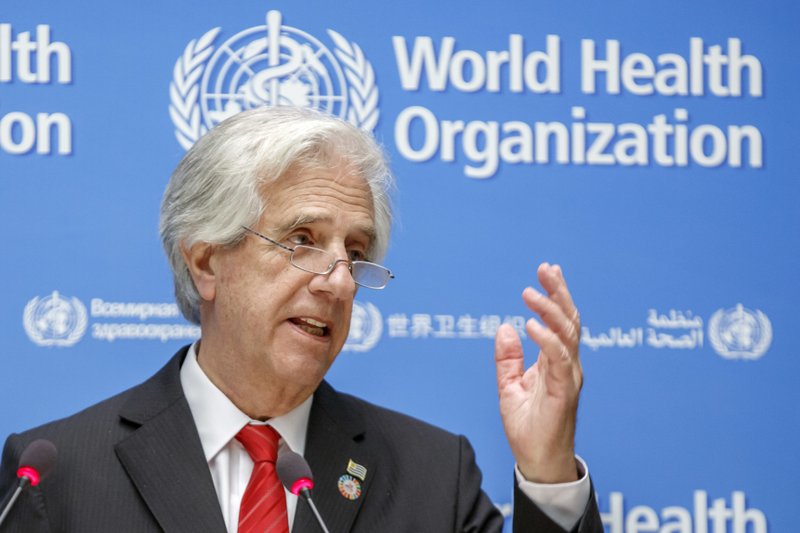 GENEVA: The Trump administration has torpedoed a plan to recommend higher taxes on sugary drinks, forcing a World Health Organization panel to back off the U.N. agency’s previous call for such taxes as a way to fight obesity, diabetes and other life-threatening conditions.

The move disappointed many public health experts but was enthusiastically welcomed by the International Food and Beverage Alliance — a group that represents companies including Coca-Cola, PepsiCo. and Unilever.

The revelations came Friday as a WHO panel on non-communicable diseases issued a report that aimed to cut down on diseases like diabetes, cancer and obesity, which kill about 40 million people each year. The fight against such diseases is a priority for WHO’s director-general, Tedros Adhanom Ghebreyesus.

Dr. Sania Nishtar, co-chair of panel, said most of its 26 members supported a tax on sugar-sweetened beverages but one commissioner — whom she did not identify — hampered drafting stronger language.

Eric Hargan, the U.S. deputy secretary for health and human services, reported that he was that member, arguing it was not clear that imposing taxes on sugary drinks like sodas and fruit juices would improve public health. WHO has argued exactly that over the last two years.

She also said that “evidence is lacking that such a tax produces positive health outcomes.”

The U.S. provides a significant percentage of WHO’s yearly budget.

The sweetened-drink industry has come out strongly against any such tax but Nishtar said she was not aware of any industry lobbying of the commissioners.

Commission member Ilona Kickbusch, a former WHO staffer who directs the Global Health Center at the Graduate Institute in Geneva, said the United States “made it clear” that it did not want more regulation.

“They (the Trump administration) felt that the evidence was not strong enough that the tax would reduce the obesity epidemic,” she said.

Commission members said they decided to press ahead with the report, leaving open the possibility that the commission could strengthen its call in the future. The independent commission, created last year by Ghebreyesus, did recommend taxes on tobacco and alcohol.

Decisions made by the Trump administration have often run afoul of U.S. allies and competitors alike. On Thursday, the U.S. government announced new steel and aluminum tariffs against allies like Canada, Mexico and the European Union. Last year, President Donald Trump rejected the landmark Paris accord to fight global warming.

WHO often convenes expert panels to ultimately set its own policies and to make tricky public health decisions. Last month, a separate WHO expert group decided that Congo’s Ebola outbreak did not warrant being designated as an international emergency, a decision WHO accepted as its own.

Two years ago, Dr. Douglas Bettcher, who heads WHO’s non-communicable diseases department, said consumption of free sugars amounted to a “major factor” in the global increase of people suffering from obesity and diabetes. He insisted that taxes on sugary drinks would enable governments to “reduce suffering and save lives.”

Back then, WHO said a 20 percent price increase for such drinks would dramatically cut consumption.

“WHO’s position cannot change because of this report. What WHO said some years ago holds, because consumption of sugar is associated with obesity and at the same time, taxing sugar was shown to reduce consumption in many countries,” Ghebreyesus said.

“Not only that, the money from the taxes can be used to strengthen the health system,” he added. “There are many good examples of countries like Philippines, Ireland, South Africa, and Mexico that have demonstrated this.”

But instead of explicitly recommending a sugar tax, the WHO commission said Friday that countries themselves should decide if they want higher taxes on sugary drinks.

“When engagement with the private sector fails to contribute to the achievement of public health goals, governments should employ their regulatory and legislative powers to protect” their people, the report says.

“IFBA strongly agrees with the (WHO panel’s) assessment that the WHO and other government agencies should increase engagement of the private sector to achieve further progress,” the group said in a statement.

He said policies adopted in Britain show that taxing sugar-loaded drinks not only spurred manufacturers to reformulate their products but that “it has made the healthy choice the cheaper choice.”

Winkler said WHO’s own acknowledgment that progress on combating obesity and other non-communicable disease has been slow makes the panel’s refusal to endorse sugar taxes outright especially unfortunate.

“When WHO doesn’t pick up on a practical solution that also raises money, it is particularly absurd,” he said. “The recommendation on such taxes is now conspicuously limp.”

In its report, the commission also recommended that governments prioritize measures to restrict junk food advertising.

Martin McKee, a professor of European public health at the London School of Hygiene and Tropical Medicine, said the failure of WHO’s commission to reach an agreement on sugar taxes was “difficult to fathom.”

He noted that since this was the only the first report from that panel, it might still revise its advice in later reports.

“It would be very disappointing if this issue remained unresolved in its next report,” McKee said.