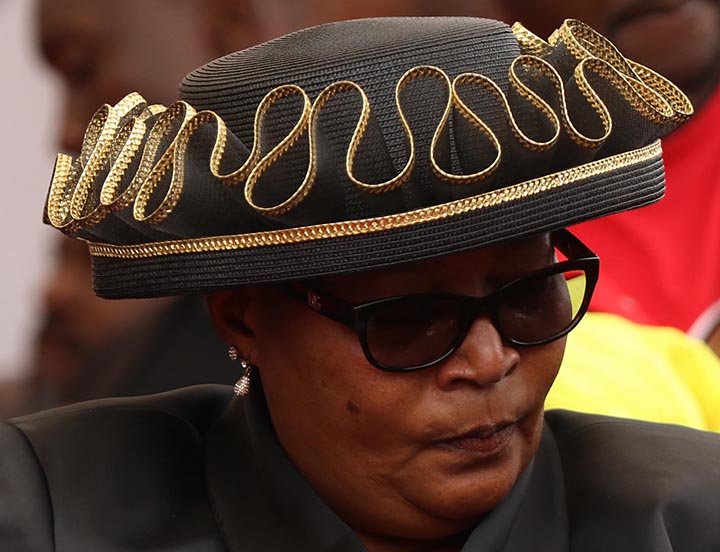 THE United States (US) government has condemned the harassment of MDC-T vice president Thokozani Khupe at the burial of the party leader Morgan Tsvangirai in Buhera this Tuesday.

Khupe was reportedly accosted by the party’s youths as the succession war between her and co-deputy Nelson Chamisa played out that Tsvangirai’s burial.

Police had to escort the former deputy prime minister to her seat from a hut she quickly taken refuge in, according to media reports.

The US embassy in Harare reacted to the incident saying it was uncalled for and in stark contrast to the ideals the deceased stood for.

“The United States government strongly condemns the violence that occurred today (Tuesday) at the funeral for Morgan Tsvangirai,” read the statement posted on social media.

“During his life, Mr Tsvangirai stood in opposition of such violence and there exists no place for these types of actions today in Zimbabwe, as the country looks to set itself on a new course.”

The US said Zimbabweans, including the MDC-T warring factions, should tolerate each other despite their political differences if the country is to have a credible election this year.

“We encourage all Zimbabweans to move forward together towards elections that are free, fair, transparent and most of all, nonviolent,” read the statement.

Following the November military coup, the US government has reminded president Emmerson Mnangagwa’s government of the need for free and fair elections to herald a return to rule of law.

While the opposition has been advocating electoral reforms, which include elimination of all forms of political violence and intimidation, the unresolved and increasingly febrile MDC-T succession question has become a threat to the authenticity of those demands.