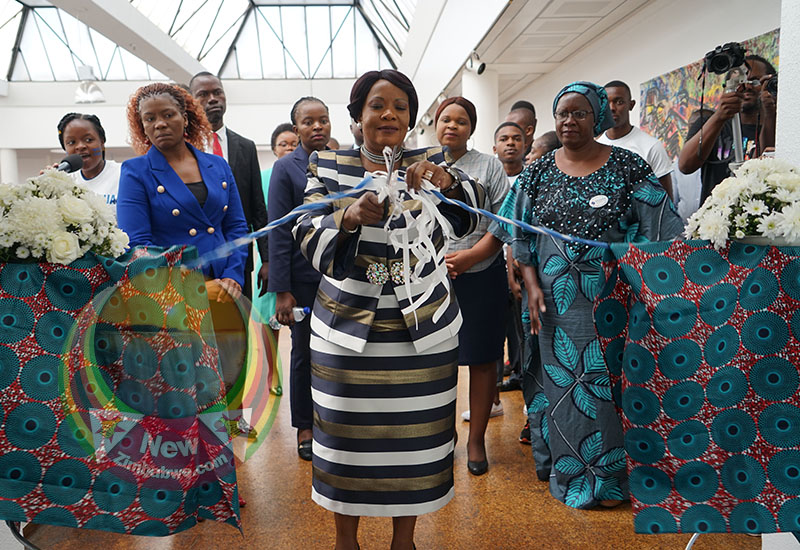 A GROUP of retired US diplomats, who once represented their country during different times in Zimbabwe, have written to Harvard University protesting a decision to issue an award to President Emmerson Mnangagwa’s wife last weekend.

First Lady Auxillia Mnangagwa received the accolade for her contributions to healthcare in Zimbabwe.

But the US diplomats felt the award was an insult to Zimbabweans, a country in which public hospital doctors and other medical staff have embarked on a crippling strike protesting poor wages and working conditions.

The industrial action at State-run hospitals has brought medical services to a halt with patients now dying at home due to lack of medical attention.

The protest letter by the diplomats and civil society leaders was addressed to the heads of Harvard University and Harvard Global Health Catalyst.

“To be blunt, your well-intentioned work in these areas is tainted by the affiliation with Ms Mnangagwa and her direct personal connection to an increasingly corrupt and abusive administration in which tolerance for dissent is non-existent and democratic rights are routinely denied,” reads the letter, signed by 14 former high-ranking US officials.

The letter also bears the signatures of the past four US ambassadors to Zimbabwe.

It was directed to Dr Wilfred Ngwa, the director of Harvard Global Health Catalyst, who awarded Mnangagwa, and Harvard University President Lawrence Bacow.

The demands made by the former ambassadors came when the Zimbabwe government was barring Dr Peter Magombeyi, the acting president of the Zimbabwe Hospital Doctors Association from leaving the country to seek medical attention in South Africa.

This is despite a High Court ruling that he had a right to seek medical attention in any country.

Magombeyi was found a week ago after disappearing for five days with claims by friends and family he had been abducted by suspected State security agents.

Said the diplomats, “While the case of Dr Magombeyi is indeed alarming, his order is only the latest in a raft of disappearances carried out in Zimbabwe, over the course of several decades, and since president Mnangagwa took power in a military coup in November 2017,” according to the letter.

According to the State-run newspaper, The Herald, Mnangagwa’s award was “due to the sterling work she is conducting in the country’s health sector”.

The First Lady is currently in the US attending the UN General Assembly in New York as part of the President Emmerson Mnangagwa’s entourage.