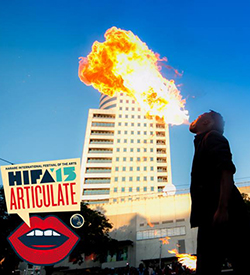 THE United States will this year make a come-back to the Harare International Festival of the Arts (HIFA) and host a feature film, a musical and health infotainment at the PEPFAR First Street Stage, at the corner of First Street and George Silundika Avenue.
The last time the Embassy partnered the HIFA was in 2014.
In a press release, the Public Affairs Section of the US Harare embassy said the stage would provide a platform for its partners to reach out to the public and would stage free shows during the duration of the festival under the theme “Start Free, Stay Free, AIDS Free,”.
“In addition, the public will receive health information as well as access services from U.S. Embassy partners supported through the U.S. President’s Emergency Plan for AIDS Relief (PEPFAR),” the embassy said.
“In Zimbabwe, PEPFAR has committed $135 million in 2017, and the initiative supports the Government of Zimbabwe’s National response to HIV and AIDS by providing high-impact prevention, care, and treatment interventions.”
The embassy said the feature film, Lucky Specials, would also run as part of the HIFA 2017 schedule which brought together different art forms from across the globe.
“The film was produced with support from the United States Agency for International Development (USAID) and PEPFAR in partnership with Discovery Learning Alliance, Quizzical Pictures, Welcome Trust, Howard Hughes Medical Institute (HHMI), HHMI Tangled Bank Studios, and Management Sciences for Health (MSH) to produce the film which premiered in Harare on March 9.”
The “edutainment” film tries to share information with individuals on what they need to know about Tuberculosis, its treatment, and prevention.
Visiting Tennessee based acapella group, Street Corner Symphony, will make part of the performances at the PEPFAR First Street Stage.
The five-member group was established in 2010 and has made their mark on the music world, recording albums and performing around the world, working with major artists including Ben Folds, Alison Krauss, and Take 6’s Claude McKnight.
David McGuire, Public Affairs Officer at the United States Embassy said they were excited to be part of this year’s edition of HIFA.
“We see the Festival as an opportunity to learn more about Zimbabwean art and culture as well as sharing American art forms and our commitment to a healthy Zimbabwe,” he said.Advertisement

The first time the US Embassy participated at the HIFA was in 2014, with the PEPFAR First Street Stage being popular with young people as PEPFAR partners provided HIV testing and counselling services; conducted blood collection and a donor recruitment and retention exercise; distributed condoms; taught young people how to prevent HIV infection as well as how to access antiretroviral therapy and other crucial information services.
PEPFAR has committed $135 million this year to support the Government of Zimbabwe’s National response to HIV and AIDS by providing high-impact prevention, care, and treatment interventions.