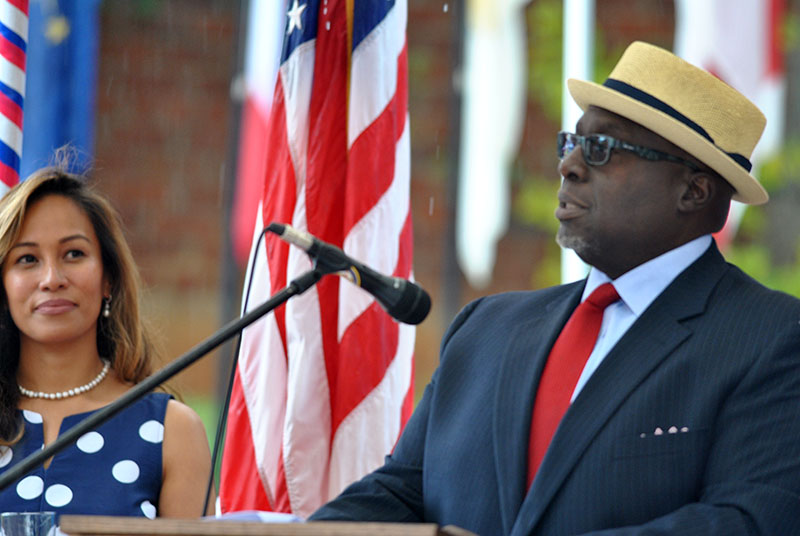 OUTGOING US Ambassador to Zimbabwe, Harry Thomas Jr, says former president Robert Mugabe should have done more for the country and he leaves the country with a sense of sadness.

Under Mugabe, Zimbabwe’s economy shrunk to less than 30 percent of what it was in 2000. Unemployment rose to about 70 -80 percent with the majority of the people living below US$1 a day.

Those opposed to his dictatorial tendencies were subjected to kidnappings, torture or even death but, Mugabe has denied all these.

In an interview along-side the International Organisation for Migration (IOM) training on provision of support to Trafficking in Persons Victims (TIP) in Harare on Monday, Ambassador Thomas said, “We have no comment on what former president Robert Mugabe is alleged to have said but, I leave this country with sadness looking at what it should have been.”

At his birthday party held at his ‘Blue Roof’ mansion in Borrowdale last week, Mugabe condemned the new government led by President Emmerson Mnangagwa for coming into power through a coup last November.

In his remarks, Mugabe said the army, under former commander Gen. Constantino Chiwenga, now deputy president, side-lined him as a Commander-In-Chief and took sides with Mnangagwa in Zanu PF factional wars.

Ahead of that Mugabe told a visiting African Union (AU) chairperson, Moussa Faki Mahamat, last week that he was forced to resign.

Mahamat’s visit was necessitated by the Zanu PF faction G40 which supported the former first family and wrote to AU and SADC asking for their intervention and Zimbabwe’s return to what they called ‘constitutional rule.’

However, the AU has since endorsed Mnangagwa’s takeover.

The US government has since renewed sanctions on the new government and its ministers and called on Mnangagwa to hold free and fair elections which are scheduled for later this year.