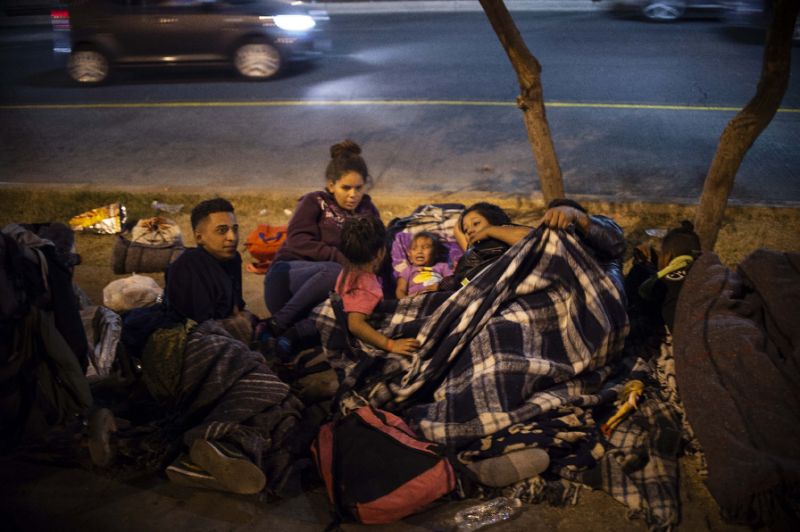 A US federal judge on Monday temporarily blocked the government of President Donald Trump from denying the possibility of asylum to people who enter the country illegally.

Trump issued the proclamation earlier this month citing “national security” concerns, as a caravan of thousands of Central American migrants made its way through Mexico toward the US border.

The order said that only those who enter the US at official checkpoints — as opposed to sneaking across the border — can apply for asylum.

But US District Judge Jon Tigar in San Francisco issued a temporary restraining order against the Trump proclamation, thus granting a request from human rights groups who had sued shortly after the order was announced.

Tigar wrote that the Immigration and Nationality Act of 1965 states that any foreigner who arrives in the US, “whether or not at a designated port of arrival,” may apply for asylum.

“The rule barring asylum for immigrants who enter the country outside a port of entry irreconcilably conflicts with the INA and the expressed intent of Congress,” Tigar wrote.

“Whatever the scope of the president’s authority, he may not rewrite the immigration laws to impose a condition that Congress has expressly forbidden,” Tigar added.

The judge’s restraining order remains in effect until the court decides on the case.

Trump’s administration has argued that he has the executive power to curb immigration in the name of national security — a power he invoked right after taking office last year with a controversial ban on travellers from several mostly Muslim countries.

The final version of the order was upheld by the US Supreme Court on June 26 after a protracted legal battle.

The administration fired back after the ruling.

“Our asylum system is broken, and it is being abused by tens of thousands of merit-less claims every year,” said a joint statement from the Justice Department and the Department of Homeland Security.

“We look forward to continuing to defend the executive branch’s legitimate and well-reasoned exercise of its authority to address the crisis at our southern border.”

When the new policy was announced by the Department of Homeland Security on November 8, a senior administration official said it would address what he called the “historically unparalleled abuse of our immigration system” along the border with Mexico.

Administration officials say anyone who manages to get across can request asylum and subsequently often vanish while their case languishes in the court system.

“The vast majority of these applications eventually turn out to be non-meritorious,” a senior administration official said, asking not to be identified.

Less than 10 percent of cases result in asylum being granted, the government says.

Human rights campaigners and other critics of the Trump crackdown say that by restricting asylum seekers to border crossing points — which are already under enormous pressure — the government is effectively shutting the door on people who may truly be fleeing for their lives.

But the administration official argued that “what we’re attempting to do is trying to funnel credible fear claims, or asylum claims, through the ports of entry where we are better resourced.”

That way, the official said, courts will “handle those claims in an expeditious and efficient manner, so that those who do actually require an asylum protection get those protections.”

In 2018, border patrols registered more than 400,000 illegal border crossers, according to the Department of Homeland Security. And in the last five years, the number of those requesting asylum has increased by 2,000 percent, it said.