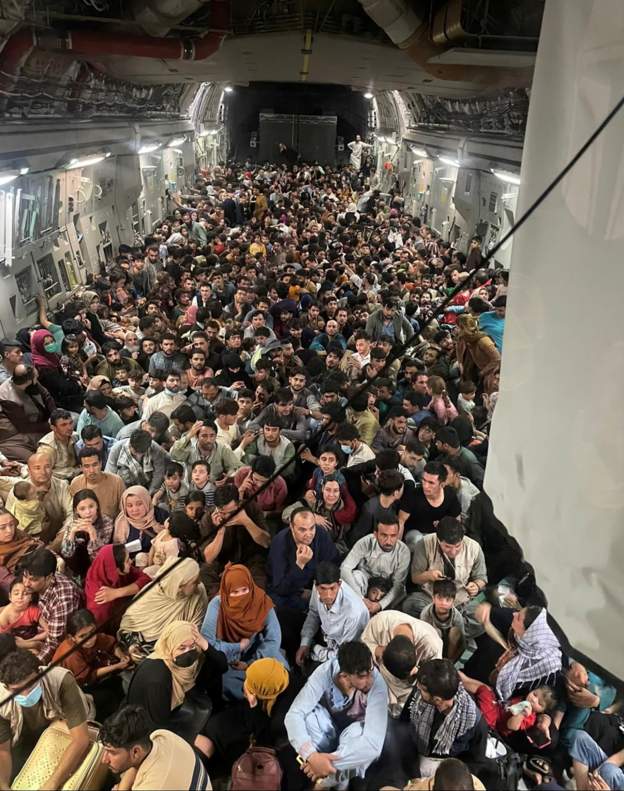 The US army made sure to disable their aircraft and armed vehicles left behind at Kabul Airport before they flew out on Monday night, officials say.

“Those aircraft will never fly again… They’ll never be able to be operated by anyone,” he said.

A video posted by a Los Angeles Times reporter showed the Taliban entering an airport hangar and inspecting US aircraft.

The US also disabled its high-tech rocket defence system – which it left behind at the airport too. The C-RAM system sprung into action on Monday to counter an Islamic State rocket attack on the airport.

As we reported earlier, Taliban fighters in the past weeks have been seen with a range of US-produced military weapons and vehicles. These had originally been provided to the Afghan national army, but when those forces quickly surrendered, they fell into the hands of the Taliban instead.

Some members of the Taliban leadership have reportedly arrived at Kabul airport, and have been speaking to reporters on the runway.

AFP news agency quoted the Taliban spokesman Zabihullah Mujahid as saying: “Congratulations to Afghanistan… this victory belongs to us all.”