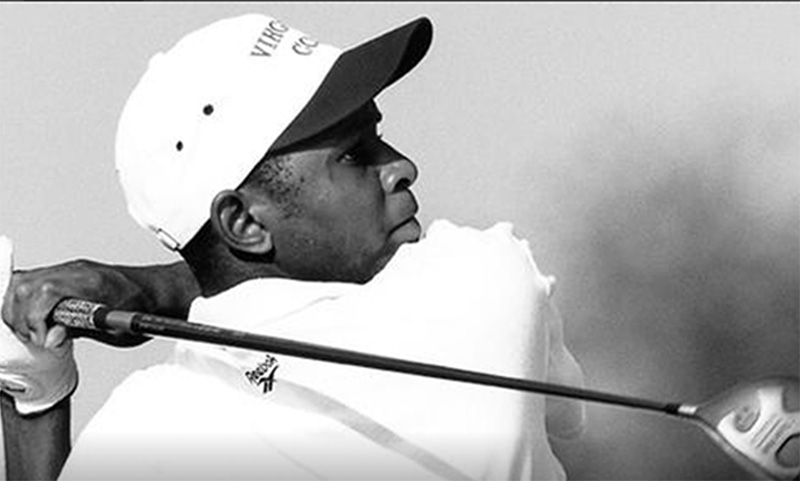 CHARLOTTESVILLE: The Virginia men’s golf team will play a match at home for the first time since 2011, as the Cavaliers host the inaugural Lewis Chitengwa Memorial this week.

The tournament is named after the former UVA All-American, who played at Virginia in the mid-nineties.

In 1993, the Zimbabwe-native was the first Black player to win the South Africa Amateur.

UVA men’s golf head coach Bowen Sargent says, “They do consider him the ‘Jackie Robinson of South Africa,’ so we’re honoured to name the tournament after him.”

There are thirteen schools competing in the tournament, and UVA is fielding two teams, which brings the total to fourteen.

The tournament begins with a 36-hole shotgun start on Monday, and the 18-hole championship round on Tuesday.

Chitengwa was a two-time All-American at Virginia (1995, 1996) and earned All-ACC honors in 1995 when he was named the league’s rookie of the year. He finished seventh at the 1996 NCAA Championships, at the time the best finish by a UVA performer in 50 years.

During his four-year career he won two tournaments and recorded 17 top-10 finishes.

Chitengwa turned professional in 1998 and played on the Tear Drop, Buy.com and Canadian Tours in addition to competing at the PGA’s St. Jude Memphis Classic. At the age of 26, he passed away as a result of meningitis.

At the time, he was competing in the Canadian Tour’s Edmonton Open. In 2015, he was recognised posthumously for his immense contribution to golf by being inducted into Mercedes Benz Southern Africa Golf Hall of Fame.