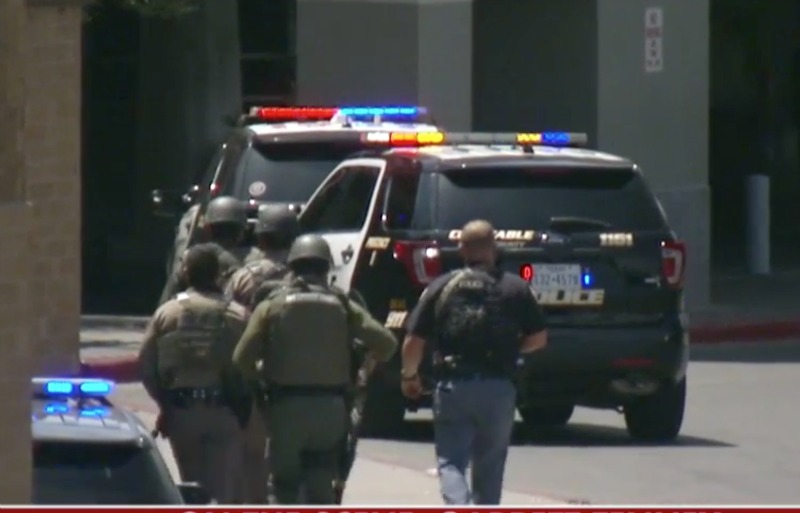 At least 15 people have been killed in a shooting at a Texas shopping mall, US media reports say.

The shooting happened at Cielo Vista Mall in El Paso, just a few miles from the US-Mexico border.

At least 22 people, including young children, are being treated at local hospitals following the attack.

A white man in his 20s is in custody and he is believed to be the sole shooter, a police spokesman said. He was unable to provide casualty figures.

“We don’t want to do anything prematurely until we have accurate facts for you,” Sergeant Robert Gomez said.

There were reports of gunfire in several locations – in both the Cielo Vista mall and the nearby Walmart, police said – but reports of further gunshots at another nearby mall, Bassett, were not true.

Police said the Walmart was “at capacity” with back-to-school shoppers at the time of the attack.

“Initial reports of the weapon was a rifle – I can’t confirm that yet,” Sgt Gomez said.

He did not identify the suspect, but said he was a white male in his 20s. No officers had fired their weapons in apprehending him, he said.

CCTV images said to be of the gunman and circulated on US media show a young white man in a dark T-shirt, wearing ear protectors and brandishing an assault-style rifle.

A man who was in the shopping centre at the time of the attack recalled the moment that he found out about the shooting.

“They were employees, they were coming in, and they would tell me that they heard some gunshots and that people just started bolting straight into the store in order to get to cover. In the meantime I was just trying to stay calm, but I was freaking out internally,” he told CBS News.

Another witness, Glendon Oakly, told CNN that he was in a sporting goods store inside the shopping centre when a child ran inside “telling us there’s an active shooter at Walmart”.

“I just thought about getting the kids out of the way,” he said.

Police said they no longer believed there was any immediate threat to the public, but were continuing searches. A family reunification area had been set up nearby for those searching for loved ones.