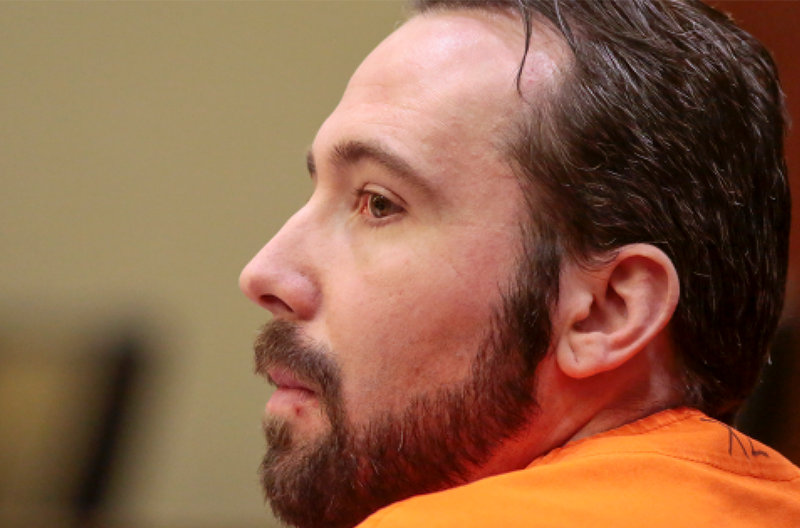 UNITED STATES: A North Dakota man was sentenced on Monday to life in prison for conspiring to kidnap a baby that his girlfriend had cut from their neighbour’s body and lying to police about it, a sentence that didn’t entirely satisfy the slain woman’s mother.

William Hoehn, 33, will have a chance at parole under the sentence handed down by state Judge Tom Olson.

“We want justice. He deserves a life sentence. I don’t think this man should ever walk free,” said Norberta Greywind, mother of 22-year-old Savanna Greywind of Fargo. “He betrayed our family. He looked us in the eye with a straight face while our daughter lay dead in his apartment. Please don’t ever consider letting him out.”

Hoehn was found not guilty last month of conspiracy to commit murder in Savanna Greywind’s August 2017 death. Brooke Crews admitted that she sliced Greywind’s baby from her womb and is serving life in prison without the possibility of parole in that killing.

Hoehn denied knowing anything about Crews’ plan to kill Greywind and take her baby. But he admitted to hiding the newborn and giving false information to law enforcement to cover up the crime.

Hoehn apologised during the hearing, saying “the short answer is there is no good short answer”.

Hoehn had faced a maximum 21 years behind bars on the conspiracy and lying counts, but Olson on Monday granted prosecutors’ request to label Hoehn a dangerous offender, enhancing his maximum sentence to life with the possibility of parole.

Defence attorney Daniel Borgen, who had asked for a seven-year prison sentence, could not immediately be reached for comment.

Crews testified during Hoehn’s trial that she concocted a phony pregnancy because she was afraid of losing him, and that when he figured out she was lying, he told her she needed to produce a baby. Crews said she took that as an ultimatum.

Crews said she never explicitly told Hoehn what she planned to do, but she also said that when he arrived home to find a newborn and a bleeding Greywind, he twisted a rope around Greywind’s neck to make sure she was dead. A coroner was unable to determine if the cause of death was strangulation or blood loss.

“Savanna would have been an amazing mother, and she was an awesome daughter,” Norberta Greywind said in her victim impact statement to the court. “This man took something that can’t be brought back. He devastated our family. Every day is a struggle.”

Crews testified during Hoehn’s trial that officers missed Greywind’s body and her baby during three searches of the couple’s apartment. Police eventually found the baby alive in the apartment, and the child is in the care of her father. Greywind’s body was found by kayakers several days after she was killed, shrouded in plastic and dumped in the Red River.

Attorney Gloria Allred, who represents the Greywind family, criticised the police investigation in remarks outside the courtroom on Monday.

“How could the police have searched and failed to find Savanna’s body and the baby earlier? These questions demand answers,” she said.

Fargo Police Chief David Todd has defended the investigation, saying officers during their initial searches were looking for a missing person, not a hidden body. He also has said his department dedicated dozens of personnel to the case that included the use of airplanes, boats and police dogs.