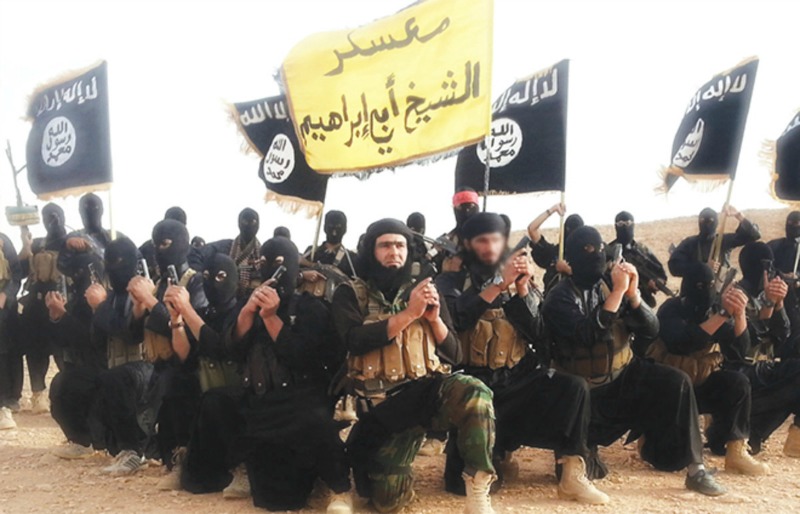 THE US military says it believes it has killed a planner for a branch of the Islamic State (IS) group in a drone strike in eastern Afghanistan.

The suspected member of the IS-K group was targeted in Nangahar Province.

IS-K said it had carried out an attack outside Kabul airport on Thursday that may have killed as many as 170 people, including 13 US troops.

A mass airlift has been under way at the airport since Taliban militants overran the capital this month.

In the past two weeks, more than 100,000 people are believed to have been evacuated, with the deadline set by the US for its forces to leave Afghanistan expiring on Tuesday.

President Joe Biden promised on Friday to hunt down the jihadists behind Thursday’s suicide bombing.

IS-K, or Islamic State Khorasan Province, is the most extreme and violent of all the jihadist militant groups in Afghanistan.The blast tore through crowds of men, women and children outside Kabul airport.

Dozens of Afghans trying to leave the country were killed. In addition to the US personnel killed, two British nationals and the child of a British national were among the dead.

He said another attack in Kabul was likely in the coming days.

“We are providing swift passage to every foreigner to leave Afghanistan in the next 48 hours,” an unnamed Western official told Reuters news agency.

Taliban officials say they have taken control of parts of the airport but the US says its forces are still in charge.

The BBC’s chief international correspondent Lyse Doucet, who is in Kabul, has been told by sources that the US and British troops are “wrapping up” at the airport, and that the Taliban will take over in “a matter of hours”.

Most Nato countries have now ended their emergency flights. France ended its evacuation effort on Friday, blaming deteriorating security at the airport.

The US said “initial indications” suggested no civilians had been killed in the drone attack, the first reported in Afghanistan since Thursday’s blast.

“The unmanned airstrike occurred in the Nangarhar Province of Afghanistan. Initial indications are that we killed the target,” said Captain Bill Urban of Central Command. “We know of no civilian casualties.”

The strike targeted an IS member involved in planning attacks, an unnamed US official told Reuters.

A Reaper drone, launched from the Middle East, struck the militant while he was in a car with another IS member, killing them both, according to the official.

Most of IS-K’s several thousand extremists are believed to be in hiding in Nangahar province, east of Kabul.

American officials have issued a new warning to US citizens to stay away from the airport’s gates in case of further attacks.

Pentagon spokesman John Kirby said the US believed there were still “specific, credible” threats against the airport.

“We certainly are prepared and would expect future attempts,” he said.