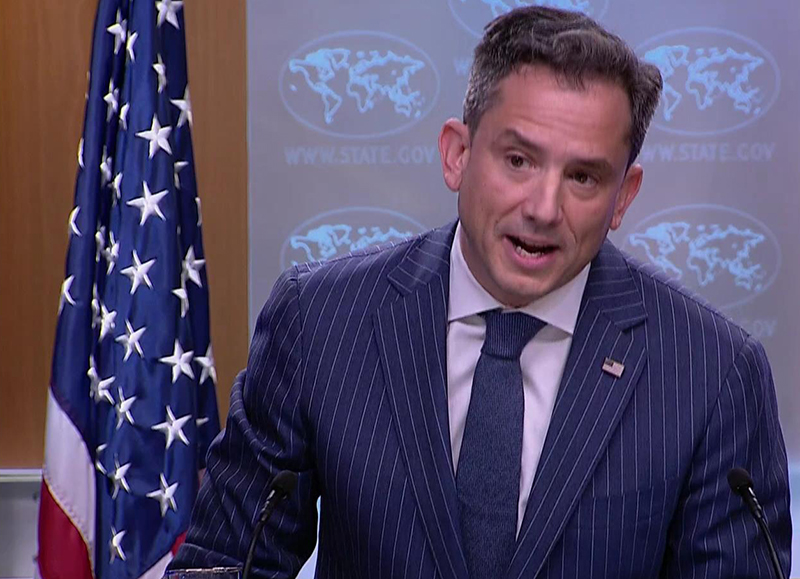 PRESIDENT Emmerson Mnangagwa must allow a neutral mediator to take over the convening of talks between him and the opposition as well as release all civil society activists arrest on allegations of taking part in violent protests last month.

In a statement released late Tuesday, US government deputy spokesperson Robert Palladino said the US also wants soldiers accused of rape and torture in the crackdown that followed the protests to be tried for these crimes.

The United States remains seriously concerned about the excessive use of force by Government of Zimbabwe security forces since January 14, which has resulted in at least 13 deaths, 600 victims of violence, torture or rape, and more than 1,000 arrests,” he said.

“We extend our condolences to the families and friends of those killed or injured. The Government of Zimbabwe’s use of violence against civil society and imposition of undue internet restrictions betray promises to create a new Zimbabwe.”

Mnangagwa has called on all those whose rights were violated and especially women to report to police, or better still, at nearest churches “if they don’t trust authorities” adding this far only one case has been reported.

The Zanu PF leader has attracted the ire of opposition parties and civil society after telling an international television station that his government wants those who lost relatives at the hands of the army to come forward in apparent defence of the military’s heavy handedness.

In its Monday statement the US called for “credible dialogue” among Zimbabwe’s political protagonists but driven by a third party.

Mnangagwa last week called for a meeting of all presidential candidates in last year’s election which he won controversially to craft a framework for dialogue but his main rival and MDC leader Nelson Chamisa refused to attend.

Instead, Chamisa demanded a neutral convenor and the release of activists arrested for violence, the same demands now being echoed by the US.

The United States calls on all sides to come together immediately in national dialogue. The dialogue process must be credible, inclusive, and mediated by a neutral third party.

“In order for such a dialogue to succeed, the government of Zimbabwe should end its excessive violence and intimidation, immediately release the civil society activists who have been arbitrarily detained and hold security force members responsible for human rights violations and abuses accountable.

“We also reiterate our call for the government of Zimbabwe to enact promised political and economic reforms.”

The new Zanu PF frontman promised reforms and a widening of the Democratic space, but the growing role of the military has sceptics worried about a possible return of Mugabe’s brutal administration.