By Staff Reporter and Agencies 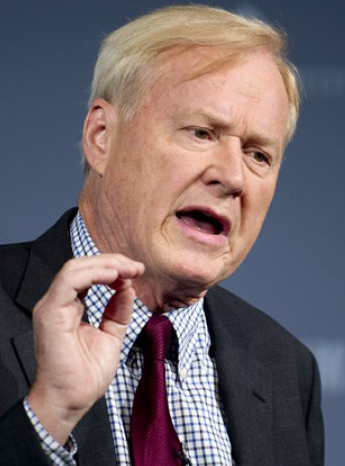 A PROMINENT news presenter in the United States said Tuesday that President Donald Trump is taking America back to a “tribal” form of politics resembling Zimbabwe “where all the opposition does is say that people who win elections are crooked”.

The MSNBC anchor Chris Matthews  told guests he had recently been reading about the southern African country.

“I was reading about Zimbabwe today, and I’ve been to Zimbabwe. I know it’s a young country with all kinds of problems,” he said.

“[Trump] is taking us back to where they are, where all the opposition does is say that people who win elections are crooked, that everything’s rigged, everything — nothing’s on the level, there’s no such thing as objective truth, everything is tribal, our side is always right, your side’s always wrong.

Zimbabwe’s opposition over the years repeatedly rejected election defeat at the hands of Zanu PF party, accusing the ruling party of rigging the elections and brutalising its supporters.

MDC leader Nelson Chamisa insists that Mnangagwa is illegitimate despite the constitutional court dismissing his legal challenge against the election results.

A rep for Matthews at MSNBC did not immediately respond to request for comment or inquiries about what Matthews had been reading regarding Zimbabwe.

Matthews has long been one of MSNBC’s most colourful anti-Trump talking heads and regularly rails against the president on his show “Hardball.”

But his occasionally ill-considered language has also also made headlines and headaches for his employers in the past.