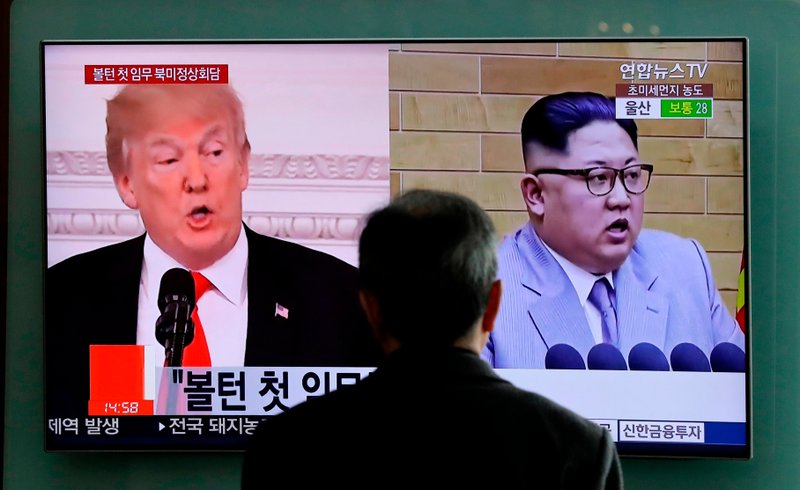 WASHINGTON (AP) — North Korea’s government has communicated with the United States to say that leader Kim Jong Un is ready to discuss his nuclear weapons program with President Donald Trump, officials said Sunday, increasing the likelihood that the unprecedented summit will actually occur.

The confirmation from Pyongyang directly, rather than from third countries like South Korea, has created more confidence within Trump’s administration about the wisdom of holding such a meeting, as U.S. officials make secretive preparations. The Trump administration has long said that if the North Koreans weren’t ready to discuss giving up their nuclear program, there was no reason for the two countries to hold negotiations.

Trump took his own administration and other countries by surprise last month when he accepted an unusual offer from Kim to hold a meeting. The North had conveyed the invitation to a visiting delegation from South Korea, which in turn traveled to Washington and relayed the message to Trump.

The president said yes to the meeting on the spot, even though the U.S. had not yet heard directly from North Korea about Kim’s intentions. The U.S. later heard from other countries including China, where Kim paid a rare visit, that the North was serious about the offer.

Still, North Korea’s government has not said anything publicly at all about a meeting with Trump, and the lack of known contact between Pyongyang and Washington about the meeting has fueled further speculation about the seriousness of Kim’s offer.

A Trump administration official on Sunday said that the U.S. had “confirmed that Kim Jong Un is willing to discuss the denuclearization of the Korean Peninsula?.” A second official said that confirmation had come through direct contact between American and North Korean officials.

Neither of the officials would say when or how the contact took place, nor in what location. The officials weren’t authorized to comment by name and demanded anonymity.

Previously, former Secretary of State Rex Tillerson had said there were at least two or three channels through which U.S. and North Korean officials communicate from time to time.

The Trump administration has not said where the meeting will place or whether a location has been determined, nor has an exact date been set. Initially, the White House said it expected the meeting to take place by the end of May. It’s unclear whether a date that early could be achieved or whether it might be delayed.

The contacts between Pyongyang and Washington come as Trump’s new national security adviser, former U.N. Ambassador John Bolton, prepares to start work at the White House formally on Monday. Prior to being named to the post, Bolton had long expressed hawkish views about North Korea, even advocating a pre-emptive military strike.