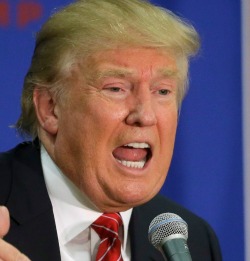 This article is taken from the New Yorker
THE election of Donald Trump to the Presidency is nothing less than a tragedy for the American republic, a tragedy for the Constitution, and a triumph for the forces, at home and abroad, of nativism, authoritarianism, misogyny, and racism.
Trump’s shocking victory, his ascension to the Presidency, is a sickening event in the history of the United States and liberal democracy.
On January 20, 2017, we will bid farewell to the first African-American President—a man of integrity, dignity, and generous spirit—and witness the inauguration of a con who did little to spurn endorsement by forces of xenophobia and white supremacy. It is impossible to react to this moment with anything less than revulsion and profound anxiety.
There are, inevitably, miseries to come: an increasingly reactionary Supreme Court; an emboldened right-wing Congress; a President whose disdain for women and minorities, civil liberties and scientific fact, to say nothing of simple decency, has been repeatedly demonstrated.
Trump is vulgarity unbounded, a knowledge-free national leader who will not only set markets tumbling but will strike fear into the hearts of the vulnerable, the weak, and, above all, the many varieties of Other whom he has so deeply insulted.
The African-American Other. The Hispanic Other. The female Other. The Jewish and Muslim Other. The most hopeful way to look at this grievous event—and it’s a stretch—is that this election and the years to follow will be a test of the strength, or the fragility, of American institutions. It will be a test of our seriousness and resolve.
Early on Election Day, the polls held out cause for concern, but they provided sufficiently promising news for Democrats in states like Pennsylvania, Michigan, North Carolina, and even Florida that there was every reason to think about celebrating the fulfillment of Seneca Falls, the election of the first woman to the White House. Potential victories in states like Georgia disappeared, little more than a week ago, with the F.B.I. director’s heedless and damaging letter to Congress about reopening his investigation and the reappearance of damaging buzzwords like “e-mails,” “Anthony Weiner,” and “fifteen-year-old girl.” But the odds were still with Hillary Clinton.Advertisement