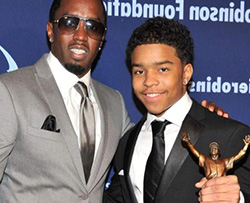 RAPPER Sean “P.Diddy” Combs has been arrested and charged with assault with a deadly weapon at the college campus where his son plays football.
The 45-year-old was held at the University of California Los Angeles campus after an incident involving a kettlebell, a weight with a handle, college law enforcement authorities said.
Celebrity website TMZ, citing unnamed sources, said the star was involved in an argument with a team coach at the campus’ athletic facility.
Combs’ son Justin is on the college football team on a scholarship.
No one was seriously injured in the incident and campus police are investigating.
Officials did not identify the victim of the assault, or say what led to it.
Combs will be moved to the Los Angeles County Sheriff’s Department later, authorities said.
His representatives did not immediately respond to requests for comment.
UCLA football coach Jim Mora described it as an “unfortunate incident for all parties involved”.
He said: “While UCPD continues to review this matter, we will let the legal process run its course and refrain from further comment at this time.”
Combs is a hip hop artist, actor, entrepreneur and founder of Bad Boy Records. Forbes last year listed his earnings at $60m (£37.9m).
He is not the only famous father on the team. Snoop Dog’s son Cordell Broadus also plays for UCLA.Advertisement