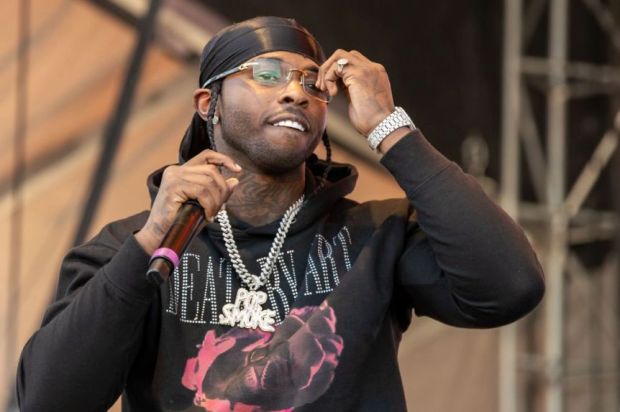 The US rapper Pop Smoke has reportedly been killed, according to media in the States.

Los Angeles Police told Radio 1 Newsbeat a man was shot at his home in an apparent armed robbery, but they aren’t currently identifying him.

It is widely believed to be the 20-year-old rapper from Brooklyn.

Police say they responded to reports of a robbery – a man was taken to hospital and later pronounced dead.

Officers confirmed that an unknown number of suspects entered a property in West Hollywood.

They got a call about a robbery at 04:55 PST and were at the scene six minutes later.

They also denied reports that a man was held at the scene but say one suspect is thought to have had a handgun.

When reports first appeared in the US tributes began flooding in for Pop Smoke, real name Bashar Barakah Jackson – including from friends.

Pop Smoke had a breakout hit with Welcome to the Party in 2019 – which led to him being singled out as an artist to watch this year by BBC Radio 1Xtra, on the station’s Hot For 2020 list.

The station said he “possessed the air and cadence of a rapper who has been in the game for a decade or two longer than his actual age”.

The track ended up being remixed by both Nicki Minaj and Skepta.

He was in the middle of several US tour dates and was due to come to the UK in April – with shows scheduled in London, Manchester and Birmingham.

50 Cent was one of many rappers, DJs and producers that paid tribute on social media, as did rapper Quavo, who Pop Smoke had collaborated with.

Last year he spoke about wanting to make music that inspires children who are growing up in poverty.

He told The Face: “I make music for that kid in the hood that’s gotta share a bedroom with like four kids – the young kids growing up in poverty.

“I make music for kids like that who know they just gotta keep going, that there’s a better way. That’s who I really make it for.”