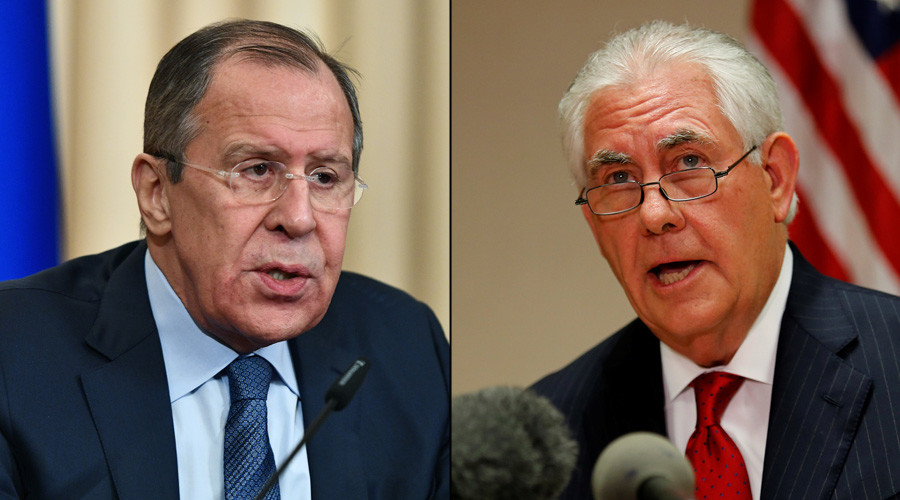 ADDIS ABABA: They could have run into each other sipping coffee in the lobby, perhaps at the bar at Ethiopia’s finest hotel. But U.S. Secretary of State Rex Tillerson and Russian Foreign Minister Sergey Lavrov don’t plan to meet, and now both countries are trading accusations about who’s to blame.

The top American and Russian diplomats warily circled each other in Africa, where both are paying official visits this week. As their two countries trade accusations over Syria, Ukraine and even the Oscars, their governments are trolling each other with barbs on social media.

Russia said that both Tillerson and Lavrov were staying at the lush Sheraton Addis resort while in Ethiopia, where Tillerson met Thursday with the country’s outgoing prime minister and with the African Union Commission’s chairman.

It was unclear how long the two were overlapping in the Ethiopian capital. Tillerson arrived Wednesday and planned to leave early Friday for Djibouti. Lavrov, speaking Thursday in Zimbabwe, said he would be in Addis Ababa “this evening,” but didn’t specify the time.

So whose decision was it to forego a tete-a-tete? In an illustration of how just how prickly U.S.-Russia relations have become, even that seemingly bureaucratic issue became a matter of fierce disagreement.

Russia for days had been calling publicly for a meeting, and accused Washington of failing to respond to its request.

Not so, the United States insisted. State Department spokeswoman Heather Nauert said this week that the U.S. had received no request from Russia’s government for a meeting with Tillerson and had “no meeting to announce at this time.”

That prompted Lavrov to dispute her directly. From Zimbabwe, Lavrov said he’d preferred not weigh in, but felt compelled after learning that the State Department claimed no meeting was ever discussed.

“I want to say that this is untrue,” Lavrov was quoted as saying by the Russian state news agency Tass.

Tillerson, for his part, pleaded ignorance to the fact that the Russian diplomat had sought a meeting. He told reporters that he didn’t know Lavrov would be even be in Ethiopia until “a couple of days ago” and didn’t learn Moscow had reached out about a meeting until he was already on his way to Africa.

“My schedule is largely set,” Tillerson said. Not to worry, he added: “If it doesn’t work out here, he and I see each other often.”

There’s plenty for the two world powers to discuss. Nauert and the State Department have been publicly deploring Russia’s actions in Syria and accusing Moscow of “bombing civilians” in the Damascus suburb of eastern Ghouta. And President Donald Trump remains under intense scrutiny over his reluctance to challenge Russia over alleged interference in the U.S. election.

Russia’s embassy in Washington, taunting the U.S. in a Facebook post, said Nauert’s insistence that Russia never requested a meeting showed that “something seems to have broken in her department.”

“In any case, we congratulate Heather Nauert and, of course, all female employees of the State Department on International Women’s Day!” the embassy wrote.