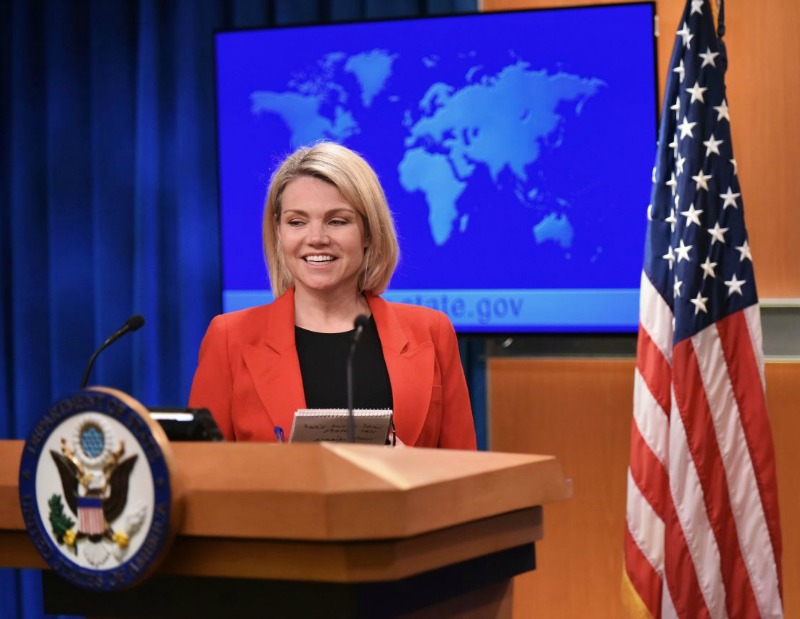 THE US government has condemned Zambian authorities for handing Tendai Biti back to Zimbabwe following the embattled MDC Alliance co-principal’s failed bid to seek asylum in the neighbouring country Wednesday.

Biti was among opposition officials and activists targeted in a widely condemned state crackdown on opposition leaders linked the violence that erupted in central Harare over a week ago.

The former finance minister skipped the country through the Chirundu border post on Wednesday morning but his application for asylum was turned down by Zambian authorities who felt its grounds were “weak”.

“We are also deeply concerned that Zambia chose to hand over former Minister of Finance Tendai Biti to the Zimbabwean authorities, and in the face of a reported Zambian court order blocking his expulsion from Zambia,” Nauert said.

“This decision is particularly disheartening given the courage that Zambia showed in sheltering thousands of Zimbabwean freedom fighters from Rhodesian aggression in the days of Zimbabwe’s independence struggle.

“We will be discussing this matter with Zambia’s leaders and reviewing certain aspects of our cooperation with the Zambian government.”