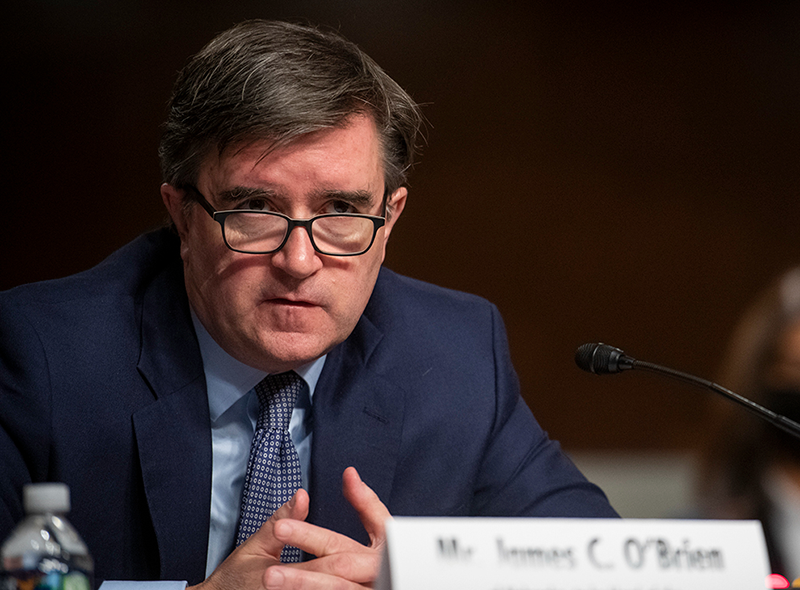 By Kitsephile Nyathi for The East African

The United States has said Zimbabwean President Emmerson Mnangagwa’s administration is unwilling to improve its relations with the international community and end the southern African country’s isolation.

On Wednesday, the US State Department’s Head of the Office of Sanctions Coordination Jim O’Brien told journalists during a briefing on Washington’s sanctions policy and recent changes to the Zimbabwe embargo that President Mnangagwa’s government was not showing any appetite for reforms.

Mr O’Brien, whose office was recently created to integrate US sanctions into its foreign policy, cited a recent incident — where US Senate staff members were allegedly harassed by Zimbabwe’s state security agents — as a sign of Harare’s unwillingness to re-engage.

According to US media, the state security agents secretly filmed the two US Senate officials who were having a meeting with a civil society activist at a café in Harare, leading to a dramatic car chase.

“These are public servants who are deeply committed to a stronger US relationship to Africa, and so the idea that a group of thugs in some cars would try to intimidate visiting US officials resonates incredibly poorly across Washington.

“So things like that need to stop, but mostly we want to see changes in the behaviour related to human rights abuses, anti-democratic behaviour and corruption,” Mr O’Brien said.

Zimbabwe’s relations with the US have been frosty since 2003 when Washington imposed targeted sanctions against the regime of the late former president Robert Mugabe on allegations of voter fraud and human rights abuses.

The European Union and countries such as the United Kingdom, Canada, Australia as well as New Zealand also imposed their own set of sanctions against the country, which resulted in Zimbabwe’s international isolation.

After coming into power following a 2017 military coup that toppled Mr Mugabe, President Mnangagwa made re-engagement with the West a priority for his administration but the policy has seen little traction as his government is accused of not keeping its promises to introduce reforms.

African leaders used last month’s 77th session of the United Nations General Assembly to call for the lifting of sanctions on Zimbabwe, which they said affected ordinary people the most.

Mr O’Brien said sanctions against Zimbabwe will only be removed after genuine reforms are enacted and there is an end to human rights violations.

“What we are asking is that the Zimbabwean government takes meaningful, noticeable, material actions that strengthen the democratic processes, build the institutions and respect its constitution,” he added.

“We’d also like to see condemnation and prosecution for corruption and human rights abuses. Those are the things that will lead to people coming off the sanctions list, but they are also the actions that make it much easier for a broader engagement.

“The point of sanctions is to be part of broader policy, and the behaviours we want to see change are the ones that lead to sanctions, but they are also the behaviours that impede the ability of the governments to coordinate well.”

The US insists that its sanctions regime on Zimbabwe does not target the economy or ordinary people, but security, business and government figures linked to corruption and human rights abuses.