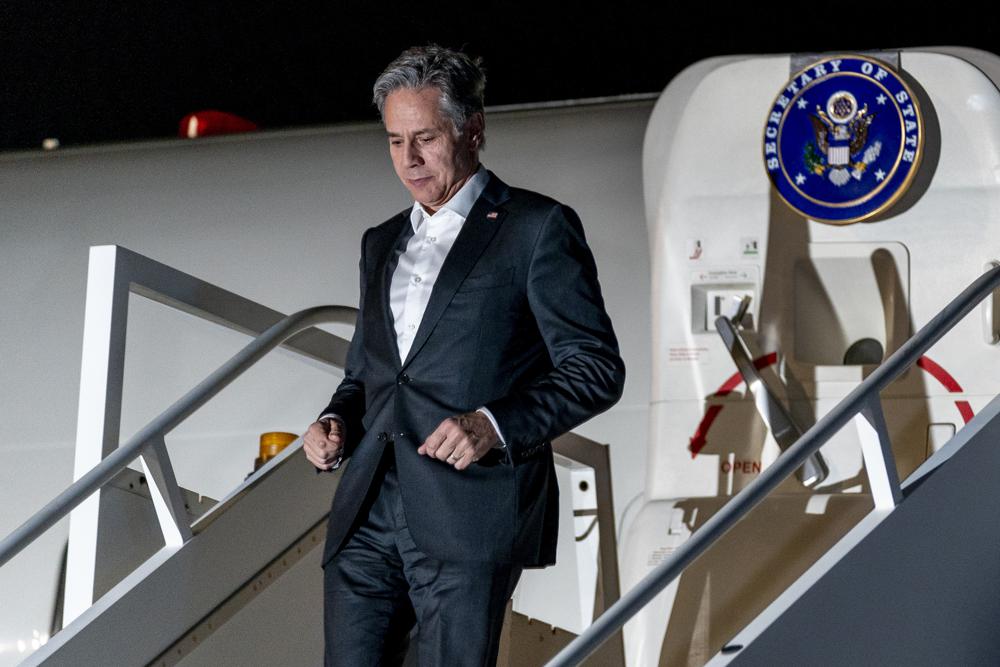 Blinken’s visit to Africa is seen as part of a competition between Russia and Western powers for support from African countries over the war in Ukraine. His trip to Africa follows recent tours by Russian Foreign Minister Sergey Lavrov and French President Emmanuel Macron.

South Africa is one of many African countries that have maintained a neutral stance on the war and have not publicly criticized Russia.

After an early morning arrival, Blinken visited the Hector Pieterson memorial in Soweto township, on the outskirts of Johannesburg, which honors a student killed in 1976 when protesting South Africa’s regime of racial oppression, apartheid, which ended in 1994.

Blinken laid a wreath at the memorial accompanied by Pieterson’s sister, Antoinette Sithole. He also toured the museum, which contains artifacts, photographs and videos of South Africa’s struggle against apartheid.

“Hector’s story is one that really resonates because we have our own struggle for freedom and equality in the United States and South Africa’s story is unique but there are also so many common elements, and that resonates powerfully,” said Blinken.

Sithole, who also participated in the 1976 student protests, said the museum is a highlights the role played by South Africa’s youth in bringing an end to white minority rule in the country.

“The museum is a reminder for generations to come. We must know where we come from and where we are going, and don’t forget that the youth took a stand for us to be better today,” said Sithole.

On Monday, Blinken will describe the United States’ strategies for sub-Saharan Africa in a major policy speech at the University of Pretoria. Africa has been hard-hit by the effect of the global COVID-19 pandemic and the rising food and oil prices caused by Russia’s war in Ukraine.

Blinken and Pandor will also hold a press conference Monday in which the two countries’ different positions on the Ukraine war are expected to be visible.

Blinken will go on to visit Congo and Rwanda this week to end his international tour which also took him to Cambodia and the Philippines.