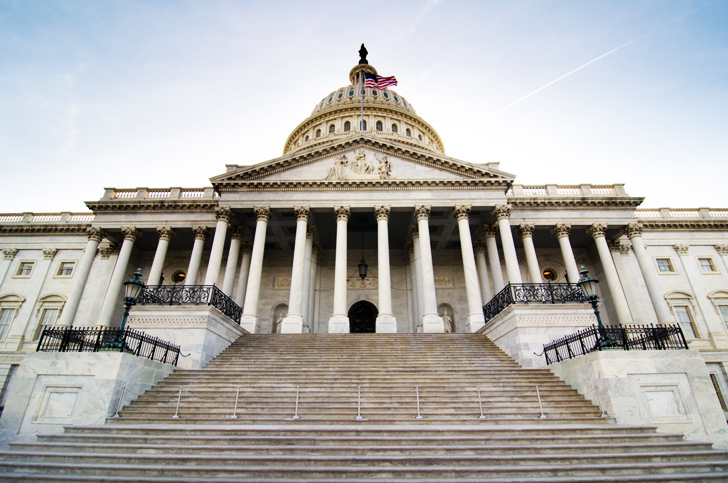 US congressional talks over a border security deal have stalled raising the chances of another government shutdown.

Negotiators were hoping for a deal by Monday to give Congress time to pass legislation by Friday, when the federal funding agreement runs out.

They remain divided on how many undocumented immigrants can be detained and funding for President Trump’s promised border wall with Mexico.

The previous shutdown, lasting 35 days, was the longest in US history.

Hundreds of thousands of workers were furloughed while others in essential services, such as hospital care, air traffic control and law enforcement, worked without pay.

It was unclear how the negotiators would try to reach a deal as no further talks were scheduled, Reuters news agency quoted an unnamed source as saying.

The 17 Republican and Democratic negotiators from the Senate and the House have been holding talks to reach a border security agreement that can be accepted by Congress.

The latest impasse seems to be centered on a Democratic demand to limit the number of undocumented migrants already in the US who can be detained by Immigration and Customs Enforcement (ICE).

Democrats planned to cap the number of beds at detention centers at 16,500.

By doing that, they hoped to force ICE to focus on detaining irregular migrants with criminal records instead of those who have overstayed their visas and, Democrats say, are productive and offer no threat.

They had also been looking at between $1.3bn and $2bn in funding for Trump’s proposed border wall, a long way off the $5.7bn the president has been demanding.