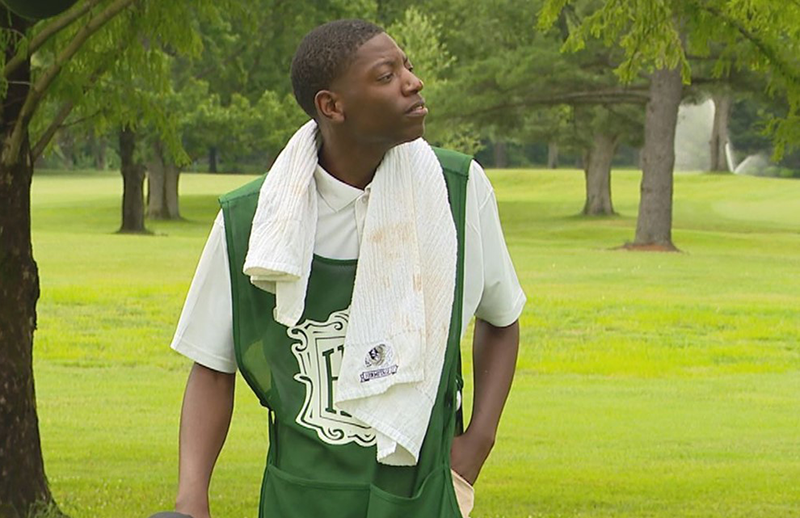 Hlupo was first introduced to golf by his father who fell in love with the sport while in Zimbabwe and later in the United States with the rise of Tiger Woods.

“I thought golf was a boring sport, I thought it was like, just hit balls,” said Hlupo. “But, I came out here, caddying for a lot of these guys… I even started playing golf myself because of it.”

While attending Avon, Hlupo began driving one hour to and from Hillcrest Country Club in Indianapolis in hopes of earning the full-ride scholarship. The only problem? He started working after his sophomore year, which typically is not enough time to log the amount of rounds required to qualify for a Chick Evans Caddy Scholarship.

“I ended up breaking the (Hillcrest) club record actually with the most loops at the country club which is 81 in one summer,” said Hlupo.

For Hlupo and his parents, earning the scholarship was life changing. His mother Julia Wenjere wasn’t sure how the family would afford to send Simba to college.

When the Western Golf Association called Simba’s parents to tell them their son had been selected, it was a moment they’ll never forget.

Hlupo plans to study neurology in Bloomington beginning this fall.