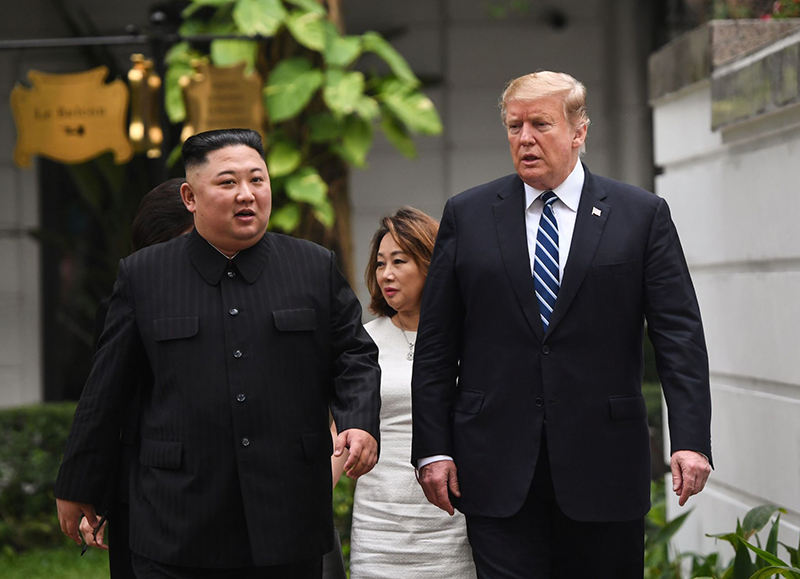 The US and South Korea have canceled major war games that have long been a source of tensions on the Korean Peninsula in order to “support diplomatic efforts” with North Korea.

News of the cancellation comes after the second summit between US President Donald Trump and North Korean leader Kim Jong Un ended without an agreement, though the two sides did pledge to continue to work towards denuclearization and a peace settlement.

In a statement, South Korea said Defense Minister Jeong Kyeong-doo and acting US Secretary of Defense Patrick Shanahan had discussed the summit and expected more “active dialogue between the US and North Korea based on the outcome of the talks.”

“Through close consultation between the authorities of South Korea and US Defense, the two concluded to end Key Resolve and Foal Eagle,” the statement said, referring to the two major annual drills that typically involve tens of thousands of US and South Korean troops and mock events including rehearsals for invading North Korea.

The drills are regularly denounced by Pyongyang where they are regarded as preparations for a potential invasion.

The drills have previously been used by North Korea to justify the country’s advanced weapons programs.

China too has called on the US to cancel the exercises in return for North Korea pursuing denuclearization.

The drills were put on hold last year ahead of the 2018 Winter Olympics, as the two Koreas began talks which eventually resulted in a summit between Kim and South Korean President Moon Jae-in, and later Kim and Trump.

Trump himself has been a critic of the drills in the past. On Sunday, he tweeted that their cancellation would “save hundreds of millions of dollars for the US.”

“That was my position long before I became President,” he added. “Also, reducing tensions with North Korea at this time is a good thing!”