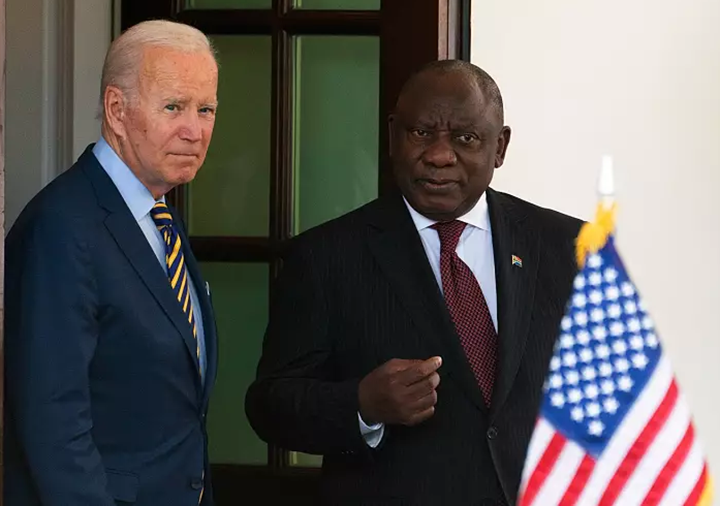 The US will not remove sanctions placed on Zimbabwean entities and people, despite the issue being raised by President Cyril Ramaphosa during his visit with US President Joe Biden.

US Ambassador to South Africa Reuben E Brigety said the US did not believe claims its sanctions have caused Zimbabwe’s declining economy.

He told News24 the sanctions were targeted at specific people and entities, and it was disinformation driving the blame on the US for the suffering experienced by the country.

“That is not our view as the US government. Not to say that the economic situation is not a problem. In our view, the sanctions are very targeted. This is a crucial point on distinction on what we believe is misinformation,” Brigety said.

The US placed sanctions on specific people and entities in Zimbabwe in 2001, citing the political situation in the country.

The country has suffered from high inflation and a dwindling economy for several years. Living costs have risen substantially, with many Zimbabweans seeking refuge and a better life in surrounding countries.

The ANC and government approach had for years preached the need for sanctions to be lifted.

Ramaphosa undertook a state visit to the US last week and held discussions with Biden for more than an hour.

He was even given a special tour of the West Wing of the White House by Biden, a first according to White House staffers and Brigety.

When the discussions ensued, many topics were on the table and one of these was Zimbabwe.

When Ramaphosa cited what he believed was the economic impact of the sanctions on the economy and the spillover migration impact on South Africa, he told the media during his visit.

Brigety said while Biden sympathised with South Africa’s migration problem, comparing it with the US struggles at its southern border, he said Biden disagreed on the causation and solution to the issues in Zimbabwe. “We made it clear from our perspective that the issue is the behaviour of the government of Zimbabwe. The United States is not seeking… [a] regime change, but we are concerned about the increasingly repressive environment inside Zimbabwe.

“We would be open to a change in the sanctions regime if there were a change in the repressive political environment inside Zimbabwe. And that is not news, that is US law, and it is clear,” Brigety told News24 during an interview in Pretoria on Friday.

He said the sanctions targeted people and that these restrictions could be removed only once an apparent political change took place in Zimbabwe.

Brigety added the US had not placed any restrictions on the country and economic mismanagement by the government had caused the economic impact being felt by citizens.

“The United States is not targeting or sanctioning the economy of Zimbabwe. The sanctions are very narrowly targeted at individuals that are implicated in a repressive political environment and human rights abuses inside Zimbabwe, individuals, and entities.

“The economic problem in Zimbabwe is largely due to the economic mismanagement by the government, which in tandem with the political repression in Zimbabwe are the dual push factor of millions of people outside of Zimbabwe.

“This all could be changed tomorrow, with a change in behaviour by the sanctioned individuals and by the government’s management of the economic space. It is not the result of sanctions,” he added.

South Africa has been grappling with a rise in xenophobia in recent months, with foreign nationals, including Zimbabweans, falling victim to violent attacks.

There has also been a growing push from some political parties for the government to do more to secure the country’s borders.