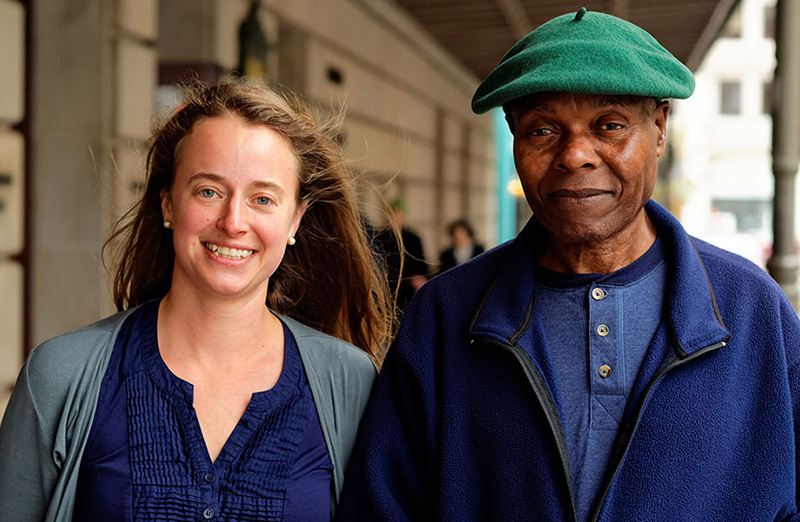 When Jennifer Kyker was a teenager, she began learning to play the mbira.Now an associate professor of music in the Department of Music and associate professor of ethnomusicology at Eastman School of Music, Kyker has embarked on a research project focused on the musical life of one of her earliest mbira teachers: Sekuru Tute Chigamba, a renowned performer of the Zimbabwean mbira dzavadzimu, or “mbira of the ancestral spirits.”

How have you come to know Sekuru Tute Chigamba?

He has been my mbira teacher since I was 15 years old. As a sophomore in high school, I spent six months in Zimbabwe studying the mbira, which is his primary instrument. I have continued to work with him since then. He has taught me many practical things about how to play the instrument, and has also helped me understand the larger context in which the music is played in Zimbabwe.

How would you describe that context? 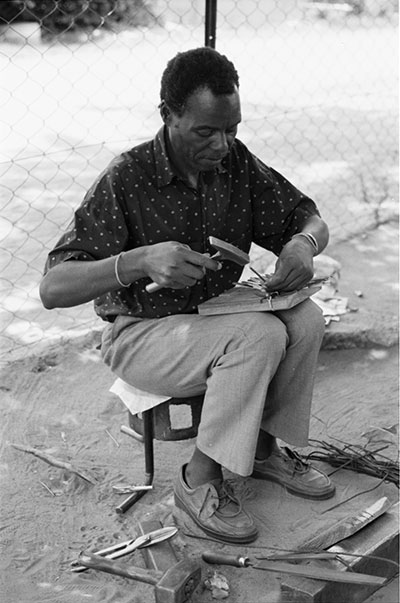 The mbira is played in indigenous healing ceremonies, in which the spirits of people’s ancestors play a major role. In an indigenous Shona belief system, ancestral spirits are seen as intermediaries between living people and God, or Mwari. Rather than praying directly to Mwari, traditionalists send prayer through their ancestors, who then carry those prayers to Mwari. The mbira has a close link with these ancestor spirits, and by extension, with history. During indigenous religious ceremonies, people are hearing the histories of their home, place, lineage, and of the royal ruling families of particular territories. Sekuru Chigamba currently lives in the capital of Zimbabwe, but is originally from Guruve, a distant rural area where those histories haven’t really been told, orare not part of the conversations about national histories. My project is about how his life and music relate to the oral histories that extend seven generations into his family’s past.

Why is his story important to tell?

A lot of his stories are about colonialism and its impact on structures of rule and authority in his region. They’re also about the everyday experiences of ordinary people and how their lives were reshaped by colonialism in all aspects—not just what we know, like how people’s villages were displaced when white settlers moved in and established commercial farms, but also how that impact extended down to the level of how sleeping arrangements were decided in individual families’ living spaces. Likewise, we know that people were subject to certain kinds of agricultural interventions at the state level—the state would say, ‘you have to dig contour ridges,’ or ‘you have to fence your fields.’ But again, Sekuru shows us that those kinds of interventions actually went as far as determining what people were eating at the household level. One of the things that this project really reveals is how colonialism was experienced by ordinary Zimbabweans from the bottom up.

Whom do you hope visits and learns from “Sekuru’s Stories?”

There is a huge community of people around the world who play his instrument, the mbira dzavadzimu. It’s played in places as far apart as the United States, Japan, France, and Brazil, and there are workshops and Zimbabwean teachers touring the world. As one of the most established performers, teachers, and composers for this instrument, Sekuru Chigamba’s stories have wide resonance among the community of people who are specifically interested in Zimbawean music.

But it’s going to be much wider than that. Part of the value of this project is that a lot of the materials I have are in Shona – one of the primary indigenous languages of Zimbabwe. I will be translating them for English speakers, and they will be available in both languages on the website. You will have a button that switches you from the English version to the Shona version. I’m hoping to attract a Shona-speaking audience as well as an English-speaking audience and I see it being accessible to both scholars and the wider community.

There are a lot of elements in the telling “Sekuru’s Stories” — oral history, written narrative, audio, photographs, and musical transcriptions. What are the challenges you face putting this project together?

One of the main challenges is that it’s a nonlinear narrative. It isn’t a scholarly argument that proceeds from start to finish. There are so many different ways in which the material could be approached, and then you start integrating things like audio that would not be able to appear in a conventional publication format. So while part of what’s compelling about this project is the content, I’m also trying to innovate in terms of form. I see it as an online book that you can think of as almost illustrated in the sense that it’s full of sound, images, maps, and musical transcriptions – in ways that far surpass what one could do in a traditional book publication.

What’s the role of the Digital Scholarship Lab in the project?

One of the unique things about the University of Rochester is how much support there is for digital scholarship. There’s a whole team of people at the Digital Scholarship Lab who are helping me on this project – on maps, GIS specialist, a metadata specialist, and a designer. We’re in the process of getting the platform together, and once the platform is somewhat set, then I’ll start uploading content to it.

What’s in store after this project?

I recently received another fellowship from Mount Holyoke College, which is where I did my undergraduate degree. This funding will allow me to go back to Zimbabwe and do a recording project with female artists who are sometimes overlooked in the telling of the nation’s musical history. I’ll be heading there in February 2019 to do that project. Sekuru’s daughter, Irene Chigamba, is one of the artists who will be featured in that album.