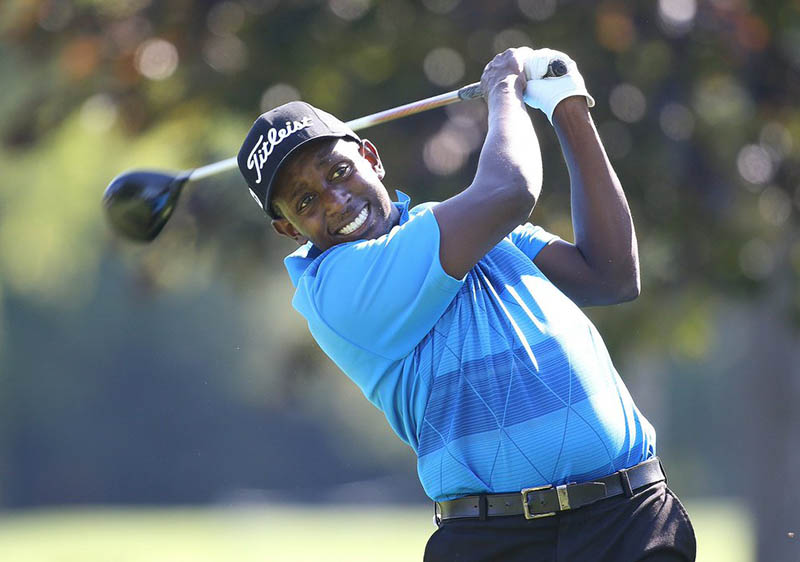 Zimbabwe’s Nyasha Mauchaza is among twelve Monday qualifiers for this week’s Utah Championship presented by Zions Bank, marking his first start on the Web.com Tour since 2015.

Mauchaza shot a 9-under 63 at the Talons Cove qualifying site Monday to finish tied for second and earn a tee time Thursday.

Mauchaza started playing golf  “by total accident”  as an 11-year-old growing up in Zimbabwe, before moving to the United States when he was 17, after his father, a doctor, won the Green Card lottery. He enrolled at the IMG Golf Academy, played college golf at Towson University and then turned professional in 2011.

Mauchaza has not made a cut in a PGA TOUR-sanctioned event since 2016, when he made two of four cuts on the Mackenzie Tour – PGA TOUR Canada. He did also Monday qualify on the PGA TOUR this season for the Sanderson Farms Championship in October. His last Web.com Tour start came in July 2015 at the Stonebrae Classic.

Leading the way among Monday qualifiers for the Utah Championship was Chase Hanna after shooting a 10-under 62. Hanna has made seven of nine cuts on PGA TOUR Latinoamerica this season.

Tying Mauchaza for second with a 63 was Neil Johnson, who will make his first Web.com Tour start since 2014, after playing in two PGA TOUR Latinoamerica events this year.

Kevin Lucas and Sam Love both shot 64 to qualify in Utah, ahead of a wild 12-for-7 playoff to determine the final qualifiers. Among those who survived to move on to Thursday tee times: Hans Reimers, Brady Sharp, Seokwon Jeon, Jordan Gumerg, Maxwell Cohen, Michael Tolladay and Zahkai Brown.

Jeon, a Utah State grad will be a local favourite this week. He also went to high school just a 30 minute drive from Oakridge Country Club in Farmington, Utah, where the Utah Championship will be contested this week.

In all, 145 players competed for the 12 available spots in the 2018 Utah Championship.