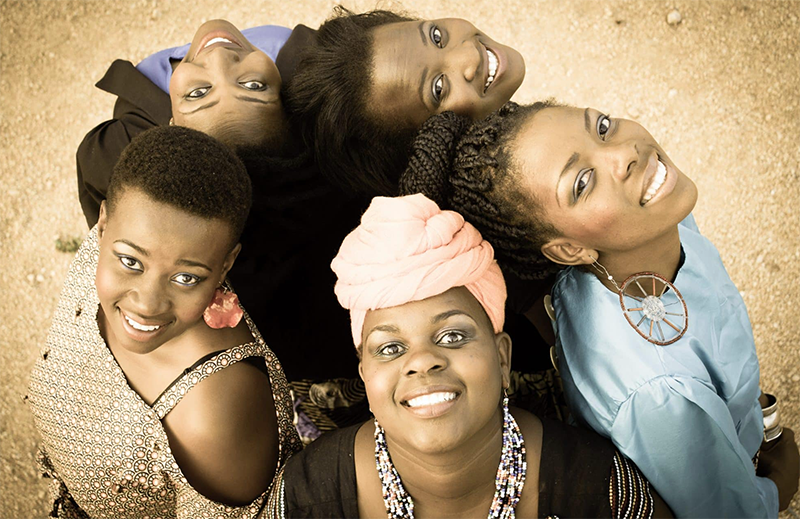 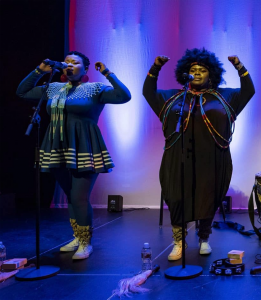 Members of the group Nobuntu

UTAH, United States: Park City will get a little taste of Zimbabwean culture along with a musical dose of love, home and humility when Nobuntu takes the stage at the Eccles Center for the Performing Arts.

The Nov. 22 performance, presented by the Park City Institute, will start at 7:30 p.m. Singer Duduzile Sibanda is looking forward to it.

“I think we’ll have some altitude like we did in Wyoming, so we will bring oxygen,” she said with a laugh.

Nobuntu is a premiere all-female group that performs mbube, an a cappella style that has existed throughout the centuries, according to Sibanda.

“The type of music we do, it’s very traditional, and it’s a genre that has always been there through the ages of time,” she said. “But we had to deliberately research it, because this type of music is no longer taught in schools.”

Mbube is also known to be mainly performed by men, something the five singers in Nobuntu changed since the group formed a decade ago, Sibanda said.

“As we did our research, we found that the style only started to be performed by men when civilization came into the picture when the men had to move to the cities to find work,” she said. “But it still wasn’t easy for us, because we knew our sound would be different. Mbube is bass based, and there is a lot of bass from the men’s voices. So when we sing, we have bass voices, but they sound different.”

As the singers delved deeper into their research, they found the music wasn’t just sung for leisure, Sibanda said.

“It was sung in different ceremonies — coming of age and weddings — because the words were messages of love and hope,” she said.

That’s one of the reasons why the group is named Nobuntu, which is an African concept that values humbleness, love, unity and family from a woman’s perspective. 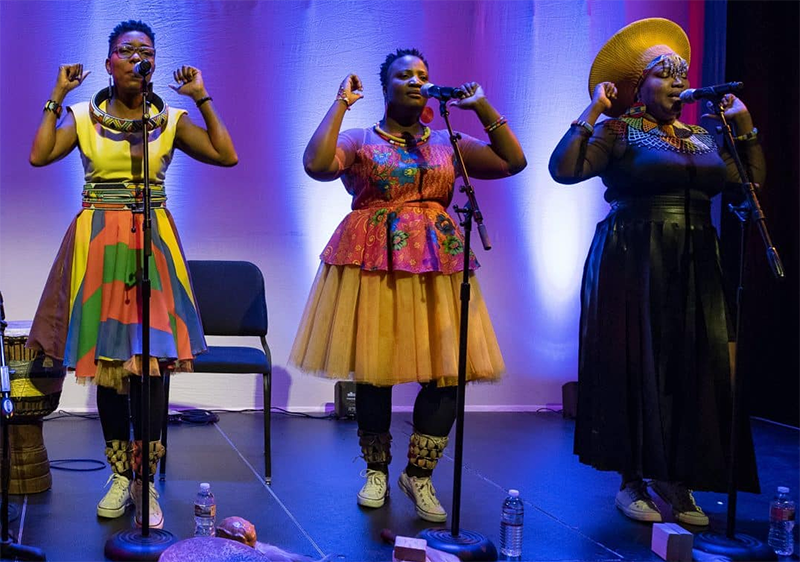 In 2015, the group was nominated for Best Musician of the Year at the Zimbabwe International Women Awards in London. It is also a two-time Best Imbube Group winner from the Bulawayo Arts Awards.

“We cherish these awards, because we are carrying on this legacy of the genre and sharing these messages with the world,” Sibanda said. “To whom much is given, much is required. So we have this platform, and we (wanted to) do something worthwhile with love and hope. These are something that the world lacks, and we carry that responsibility and carry it through.”

Nobuntu formed 10 years ago when Sibanda and other singers from Bulawayo, Zimbabwe, were called in for an audition by 10th District, a local record label.

Music was something Sibanda loved as a child. Her uncle was a guitarist, and her grandmother on her mother’s side was a vocalist.

“So at every gathering we had music, and as I grew up my parents noticed the talent, which they supported,” she said. “So I went on that path of being a musician.”

Throughout her career, Sibanda has made a name as a songwriter and session musician. Nobuntu’s concept as a singing group, augmented by minimalistic percussion, traditional instruments and authentic dance movements, appealed to her.

“Opportunities like this only come once in a lifetime, and my job allows me to travel all over the world doing something I love,” she said. “It also allows us to share our culture and message, and we have all come to the thought that maybe that‘s why we have been given this opportunity.”