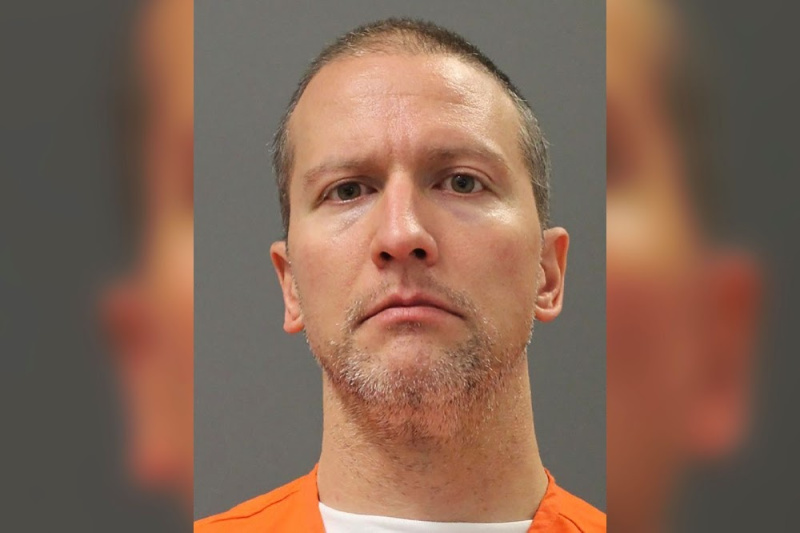 The Minneapolis ex-policeman accused of killing unarmed black man George Floyd has made his first court appearance, where his bail was set at $1.25m (£1m).

Prosecutors cited the “severity of the charges” and public outrage as the reason for upping his bail from $1m.

Derek Chauvin faces charges of second-degree murder and manslaughter. Three other arresting officers are charged with aiding and abetting murder.

Floyd’s death in May led to global protests and calls for police reform.

Chauvin, who is white, knelt on Floyd’s neck for almost nine minutes while he was being arrested in Minneapolis on 25 May.

He and the three other police officers have since been fired.

Meanwhile, mourners in Houston, Texas, where Floyd lived before moving to Minneapolis, have been viewing his body, publicly on display for six hours at The Fountain of Praise church.

On Tuesday, a private funeral service will be held in Houston. Memorial services have already been held in Minneapolis and North Carolina, where Floyd was born.

It is believed a family member escorted Floyd’s body on a flight to Texas late on Saturday.

Democratic US presidential candidate Joe Biden is expected to visit Floyd’s relatives in Houston to offer his sympathies. Aides to the former vice-president said he would also record a video message for Tuesday’s service.

Chauvin, a 19-year police veteran, did not enter a plea as he appeared via teleconference on Monday.

He did not speak during the 15-minute hearing, and was handcuffed and wearing an orange jumpsuit as he sat a small table.

Judge Jeannice M Reding set a bail of $1.25m with no preconditions, or $1m with conditions that include Chauvin not contacting Floyd’s family, surrendering his firearms and not working in law enforcement or security as he awaits trial.

His lawyer did not object to the bail price.

Chauvin, 44, is currently being held at the Minnesota state prison in Oak Park Heights, after being transferred several times.

His next court appearance is set for 29 June.

Further charges could be brought but it appears unlikely he will be accused of first-degree murder as prosecutors would have to prove premeditation, intent and motive, the Associated Press reports.

By bringing multiple charges, prosecutors give jurors a choice and increase the chances of a conviction.

Minneapolis city council has voted to ban chokeholds and neck restraints by police officers, and Democrats in Congress have unveiled sweeping legislation on police reform.

In France, which saw Black Lives Matter protests over the weekend, Interior Minister Christophe Castaner announced that police would no longer be allowed to use chokeholds to arrest people.

France’s police watchdog has revealed that there were 1,500 complaints against officers last year, half of them for alleged assaults.

Masked and gloved mourners have been filing past Floyd’s coffin in line with coronavirus social distancing requirements, with only 15 guests allowed in the church at a time.

Anti-racism protests started by Floyd’s death are now entering their third week in the US. Huge rallies have been held in several cities, including Washington DC, New York, Chicago, Los Angeles and San Francisco.

With the rallying cries “Black Lives matter” and “No Justice, No Peace”, the demonstrations are among the largest US protests against racism since the 1960s.

Saturday’s gatherings included a protest in the Texas town of Vidor, once infamous as a stronghold of the Ku Klux Klan white supremacist group.

The majority of protests have been peaceful, however episodes of looting and violence have been reported. President Donald Trump has threatened to call up troops to quash any unrest.

Security measures were lifted across the US on Sunday as unrest started to ease. New York ended its nearly week-long curfew, and Trump said he was ordering the National Guard to start withdrawing from Washington DC.

Protesters in European cities including London and Rome also gathered to show their support for Black Lives Matter over the weekend, while anti-racism protests in Australia were attended by tens of thousands.

In the city of Bristol in the UK, protesters tore down a statue of Edward Colston, a prominent 17th Century slave trader.