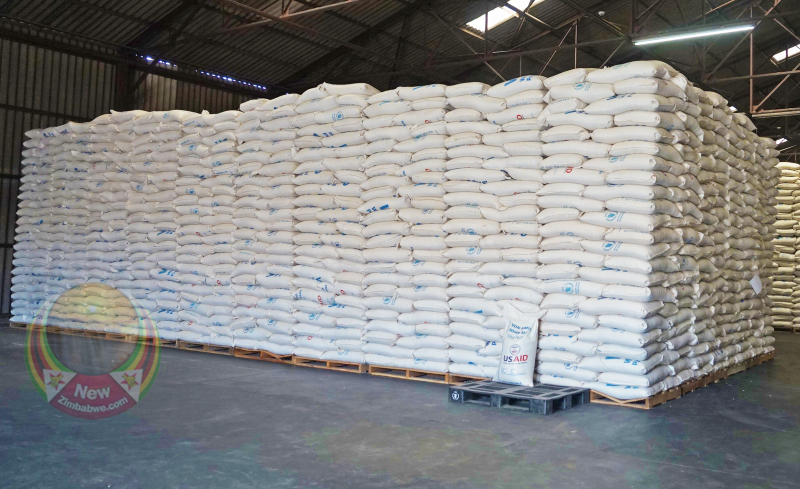 THE United States Agency for International Development (USAid) has availed US$36.7 million through the United Nations World Food Programme (WFP) to eight food insecure districts in Zimbabwe beginning this October to March next year.

Recently, the government extended its begging bowl to humanitarian organisations as close to four million people from Zimbabwe’s rural population will be food insecure between January and March 2023 due to poor distribution of rainfall during the 2020/2021 farming season.

Speaking during the handover ceremony in Harare, United States Mission Chargé d’Affaires Elaine French said the donation will support about 700 000 people in eight districts of Buhera, Hwedza, Mudzi, Bikita, Chivi, Nkayi, Mangwe, and Mt. Darwin for the next six months.

“Achieving food security during Zimbabwe’s lean season is always challenging. Geopolitical events on the other side of the world have made it even more so this year, but the United States of America is ready to assist.

“Today, I am happy to announce US$36.7 million for 2022/23 Lean Season Assistance funding provided by the U.S. government for the people of Zimbabwe,” French said.

Meanwhile, the U.S. government has also pledged an additional US$9 million towards the food assistance for assets program in 2023.

The WFP head of programme, Roberto Borlini also said they are committed to support humanitarian and social assistance for those who need it most in Zimbabwe.

“While we will provide short term assistance during this lean season, we will also continue creating livelihood opportunities, to increase the purchasing power of families, enabling them to meet their food needs,” he said.

To cope during the lean season, rural Zimbabweans often reduce the number of quality meals consumed per day, borrow, or sell their productive assets and the food assistance will mitigate against negative coping strategies and stop the most vulnerable from sliding further into food insecurity.