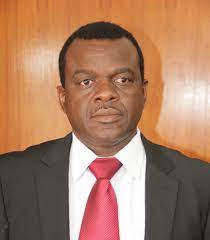 UNIVERSITY of Zimbabwe (UZ) students have petitioned Parliament in an effort to crank the heat on the institution to curb wasteful spending and reduce recently announced fees, which they argue are exorbitant.

“The institution should try the best it can to avoid some of the unnecessary costs that it incurs. This last week Friday when they decided
to increase the fees, the institution donated a lot of things to go to Seke, where there was a programme involving our dear esteemed First Lady Amai (Auxillia) Mnangagwa. It is a circus, and that has to be addressed,” he said.

Mnangagwa is Chancellor of all State universities in the country, and enjoys the prerogative of appointing vice chancellors.

The SRC president said they were counting on the National Assembly and Ministry of Higher Tertiary Education’s intervention to force Mnangagwa, as Chancellor, to address the plight of students.

“We are going to be submitting the petition to Parliament compelling this other branch of government to intervene and stop this disaster which is not in the interest of the entire nation at large.

“We managed to collect more than 4 000 signatures from the students over the weekend so that our petition can be accepted by Parliament,” said Chipoyi.

The fees increases have attracted widespread criticism from students union and civic society organisations, in an economy where workers earn meagre salaries.

Zimbabwe National Students Union (ZINASU) Monday rolled out protests at the campus to express displeasure at the new fees structure.

The students resolved to boycott lectures and gave an ultimatum for the university authorities to review fees downwards.

Students are also demanding the college to cap the fees below ZWL$200 000 and urged government to subsidise tuition fees for underprivileged students.