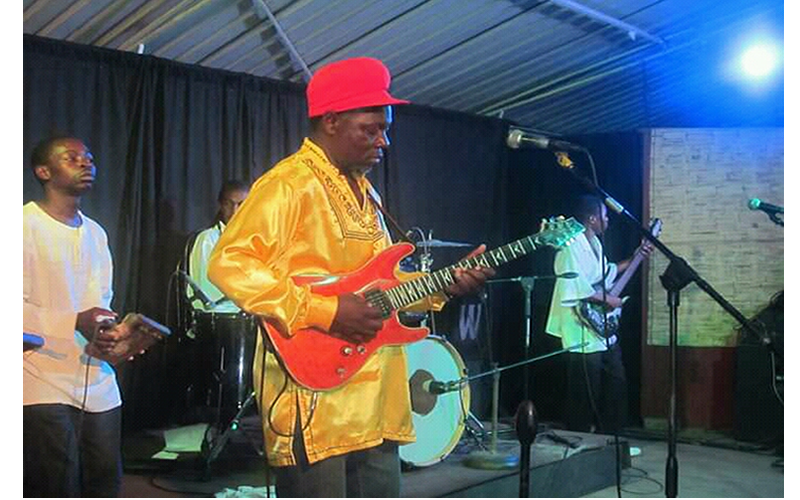 IN an era where contemporary art and music has been moulded by foreign culture, listening to the Vadzimba VaGuveya’s just released eight track album signals the revival of Chimurenga music in Zimbabwe as prompted by the message and mbira sound tracks.

Speaking to NewZimbabwe.com Showbiz, Vadzimba VaGuveya band leader, Washington Guveya described the new album as a “must listen” saying it was inspired by the need to inculcate long forgotten cultural values into Zimbabweans.

“After years of realising that our fellow Zimbabweans are slowly going out of the cultural groove, I decided to find a suitable way to convey the message and I managed to achieve this through music because everyone listens to it,” he said.

The album, which has songs like, Zvakanaka Dziva Renjuzu reminds Zimbabweans that their cultural history dates back to the days when our ancestors left the land of Tanganyika in search of better places to stay up until they arrived in the land of Dzimbahwe.

The thought-provoking song explains that upon the arrival of our ancestors, there was a giant snake called the Nyami-Nyami in Kariba Dam then known as Kariva which made sure that there was enough water for people to drink.

It goes on to explain that in the Mwananzou, which is now called Mazoe Dam lived a snake called 6-6 which kept water supplies at an adequate level.

The track Anokuperekedzai comforts those who lost their dear loved ones due to the irresistible power of death while the song Gomarara talks about the devastating effects of the chronic disease of cervical cancer.

Another song Rudo Rwa Amai speaks about the important and critical roles played by mothers in life.

“When I travelled to China I was amazed by the way people respect their tradition by worshipping Budha as directed by their cultural practices. In Japan, Shodosh is worshipped because the Chinese and Japanese did not throw away their cultural values as taught by their ancestors.

“So, Zimbabweans must come back to their roots and values by following their beliefs and cultural norms,” he said.