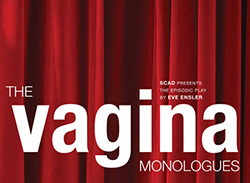 AWARD-WINNING playwright, Eve Ensler, is expected in Zimbabwe this week in a visit that could galvanise the fight against gender violence.
Ensler is the writer of the celebrated feminist play, The Vagina Monologues, which has been used as a rallying point in highlighting issues affecting women.
She is expected to meet with grassroots women activists and organisations that are working to end violence against women, according to Exit Digital who are organising the trip.
“We are excited about this trip because we have heard about all the amazing work that women’s organisations are doing in Zimbabwe,” Ensler said.
“We are hoping to use this opportunity to learn more about women’s issues in the country and to meet with some of the tireless grassroots women leaders.
“We are also hoping to meet with One Billion Rising organisers in Zimbabwe to plan for the 2015 edition of the movement.
“We are, as well, also hoping to bring the issues and context of women in Zimbabwe onto a global platform.”
In a statement on Tuesday, Exit Digital said Ensler would be accompanied by V-Day director, Monique Wilson, who is also an internationally renowned women’s activist.
Wilson is a member of Gabriela – a national alliance of grassroots women’s organisations in the Philippines.
She is also the international spokesperson for the Purple Rose Campaign that seeks to end the sex trafficking of Filipino women and children.
The Vagina Monologues was first produced in 1996.
It consists of a number of monologues that explore controversial issues that affect women such as masturbation, menstruation, sex, rape, birth and orgasm among others.Advertisement