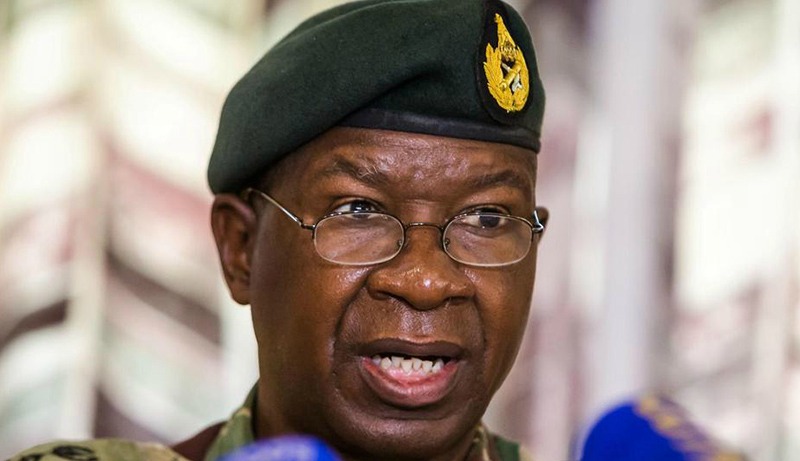 Zimbabwe’s armed forces chief is demanding to know who ordered troops last week to break up protests against the ruling party’s election victory and why he wasn’t informed about the decision, according to three senior government officials.

General Philip Valerio Sibanda asked for an explanation from President-elect Emmerson Mnangagwa, his advisers and intelligence chiefs of the events on August 1 that left six people dead in the capital, Harare, and raised questions about who controls the security forces.

No one shed light on what happened, according to the officials, who have details of the August 3 meeting but asked not to be identified because they aren’t authorised to comment.

The military dramatically intervened in Zimbabwe’s political scene in November when it briefly took control of the southern African nation and prompted the ruling party to force long-time President Robert Mugabe step down and replace him with Mnangagwa. The commander at the time, Constantino Chiwenga, was appointed deputy president.

At the meeting with the president, Sibanda, a respected figure who commanded a multinational peace-keeping force in Angola, also wanted to know the identity of armed men dressed in ragtag uniforms that were shown on social media beating people and riding in military vehicles. He said publicly that no Zimbabwean soldier was ordered to fire on unarmed civilians and no such directive would ever be given.

Mnangagwa, who was declared the winner of the presidential vote on August 3 and is due to be inaugurated on Sunday, told reporters the police were legally entitled to request the army’s assistance to maintain public order when they were overwhelmed.

He ignored a question about whether he was told in advance of the deployment and promised to set up an independent probe into the violence. Army spokesperson Overson Mugwusi didn’t answer calls seeking comment.

The officials said Sibanda, 61, also demanded that Mnangagwa, who is the commander-in-chief of the armed forces, ensure members of the ruling party don’t involve themselves in military affairs and the police do their job without relying on the army’s support.

Mnangagwa dismissed suggestions that rogue elements within the government may have orchestrated the operation, possibly as part of a plot to oust him, and the national intelligence agency has thus far been unable to explain how the events unfolded, they said.

The protests erupted after the electoral commission declared the Zimbabwe African National Union-Patriotic Front the winner of almost 70% of the directly elected parliamentary seats, an outcome the opposition said was rigged. Western and local observers said while the campaign and vote were largely peaceful, the electoral process was badly flawed.

Human rights organisations have also received numerous reports from Harare residents that men in military uniforms went door-to-door seeking members of the opposition Movement for Democratic Change and beating up many of them.

“The Zimbabwe Defence Forces has not deployed soldiers in any residential area to beat people up at night or any time of day,” army spokesman Mugwusi was cited by the Harare-based Daily News newspaper as saying. “If there are individuals masquerading as our members committing crime, these might be criminals bent on tarnishing the image of the Zimbabwe Defence Forces.”

The police and army were scheduled to address a joint press conference on Sunday afternoon, but it never took place. The state broadcaster later cited police spokeswoman Charity Charamba as saying the briefing had been postponed to a later date due to circumstances beyond the security forces’ control.