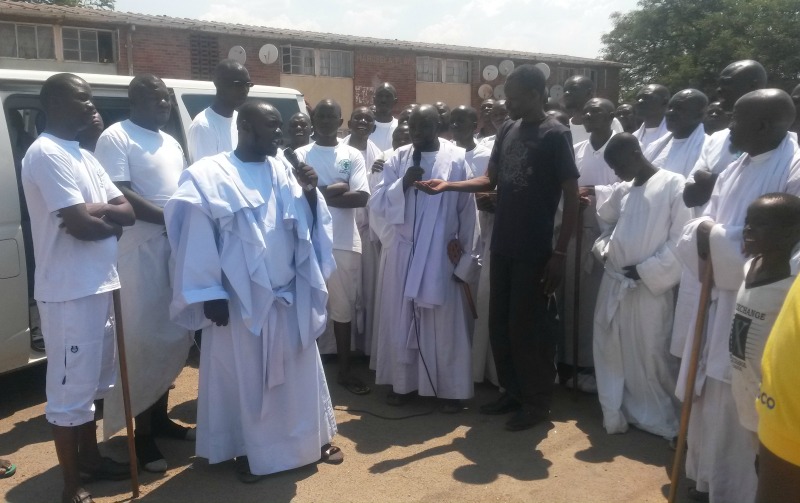 THE Johanne Masowe WeChishanu Apostolic sect in Bulawayo has embarked on anti-child marriage campaigns in the city with hopes to assist towards ending maternal and child mortality in the country.

The campaign is also an attempt by the church to reverse a child exploitation stigma that has long been associated with it.

Sect leader, Madzibaba Prophet Emmanuel Mutumwa told NewZimbabwe.com this week that the campaigns were planned for the city’s high density areas where cases of teenage pregnancies and backyard abortions are common.

He said the cases contributed to maternal and child mortality in the country.

“We are going to hold a series of marches starting in Makokoba high density suburb preaching against the vice,” Mutumwa said.

“There are many unmet needs of family among adolescents resulting in teenage pregnancies,” said Mutumwa.

The prophet said most of the adolescent girls in the country lacked information on contraceptives.

“Through this campaign, we seek to fill in this gap while also preaching against teenage pregnancies and risky abortions,” he said.

“It is a well-known fact that abortions are illegal and result from haemorrhage or infection and what we want as a church is for the provision of sexual reproductive health services at specific centres as a way of fighting teenage pregnancies and risky abortions,” said Mutumwa.

So far, Mutumwa has taken his campaigns to the city’s high density suburbs which include Makokoba, Entumbane, Cowdray Park and Emganwini among others where he says he has been well received by the communities.

The history of the white robbed church in Zimbabwe is littered rogue prophets and church leaders who quite often marry minor children into their polygamous relationships while claiming this was in keeping with church norms.

Since the inception of the campaign, several stakeholders including women, religious organisations, government and child rights organisations have been working on a National Action Plan to End Child Marriages.