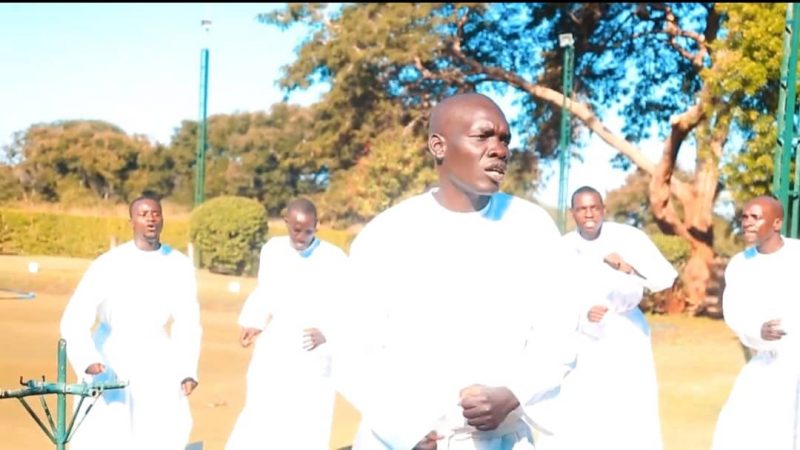 Now the local popular choral group has bounced back with an 8-track album that will hit the market Friday.

Speaking to NewZimbabwe.com one of the Vashumiri VaJehova group members Tinotenda Hilton Moyo said the album is a collection of praise and worship songs.

“The album was recorded at Big Sounds Studios by producer Charles, and two other songs Makanaka and Mabasa were recorded at Hermas Studios in Chegutu. We hope to spread the Word of God through our work of singing. The album is a collection of praise and worship songs,” Moyo said.

“Our motive is to fulfill the duties of God and to preach the gospel of God through music. This album encourages people to deepen their faith in the Lord Jesus Christ. Mweya wangu wapera.”

Vashumiri VaJehova rose to fame following the release of their hit song Ndiri Hwai, making them a force to reckon with on the local scene. It is expected that the yet-to-be-released album will tilt the scales for the choral group.

However, Moyo told NewZimbabwe.com some of the challenges they are facing.

“We are having challenges on lack of funding. We are also appealing for assistance from the cooperate world,” Moyo said.

Vashumiri last released an album titled Ndiri Hwai which is a 9-track in 2013. All their albums are available on YouTube at Vashumiri VaJehova Channel.

The new album would be accompanied by videos that are soon to be released.