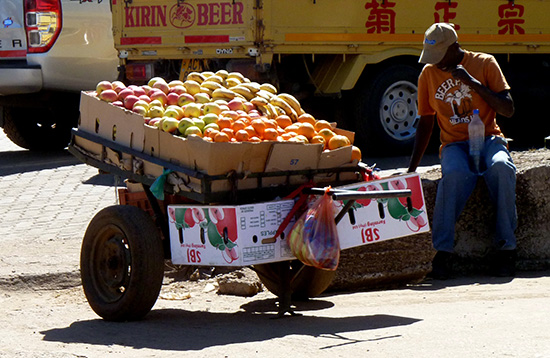 IN 1980, Zimbabwe’s GDP per capita was US$1,295. To put this figure into perspective, Zimbabwe’s GDP per capita was higher than China and India which are today two of the fastest growing economies in the world.
Fast forward to 2015 and Zimbabwe’s GDP per capita is a paltry US$589, 46 and according the Global Finance magazine, Zimbabwe is at the top of the poorest countries in the world. In addition to low economic indicators, the social indicators are equally appalling. More than 60% of the country lives on less than a dollar a day, infant mortality is still very high, 9 in every 10 jobs are informal, 80% of urban residents lack access to water, social security has all but collapsed and life expectancy is at 57 years.
The response by ordinary citizens has been to scrounge for survival in the informal sector in particular artisanal mining in rural areas and vending in urban areas. So acute is the situation that even the 2% of Zimbabweans who have remained in formal employment have to augment their salaries by selling various kinds of wares at their work places. In fact, vending has become a critical source of livelihood for 98% of the youths.
While the growth of vending as a source of livelihood is a cause for concern since it has inherent sustainability problems in the long term, the response of the government has been more shocking. At the beginning of July 2015, the government working with the city of Harare launched a blitz to remove vendors from the streets violently. Now, what the Mugabe regime has embarked on is akin to declaring war on the ordinary suffering masses.
It goes without saying that the very same people responsible for the destruction of the economy which has resulted in the economically active turning to vending now use the state apparatus to push them out of their source of livelihood. This is exactly the madness that has characterized Mugabe’s entire tenure in the top job of this country. He has implemented Mugabenomics!
Mugabenomics is essentially the antithesis of sound economic management. It describes the primitive looting of state resources by a clique of corrupt elites surrounding Mugabe. In simple terms, it is the economics of failure and violence that Mugabe has authored post-independence.
It is in this context that the vending crisis must be seen. Vending is a direct response to the failed politics and economy which – according to one of Mugabe’s top assistants, Emmerson Mnangagwa – is ’20 years behind’ the rest of Africa. Thus vendors are just desperate citizens attempting to escape the claws of Mugabenomics and its primitive accumulation model.Advertisement

Indeed Zimbabwe is standing on the brink as a result of a series of failed economic management models, non-accountability, corruption and, worst of all, economic violence on the poor. Yes, the Mugabe regime has deliberately set on a path to crush the poor economically by driving policies that seek to privatise basic social goods such as water, education and health while at the same time pushing the poor off their means of survival.
The poor millions who have become vendors today have suffered serious economic violence from Mugabe and his cabal, starting from the ESAP retrenchments and privatization drive, to the Murambatsvina of 2005, the hyper-inflation of 2008 which wiped all savings up to the economic stagnation post the Inclusive Government. In all this Mugabe has shown no remorse.
In light of the prevailing hard reality, it can only take those whose hearts are made of granite and whose souls are cast in pure steel not to empathise with the suffering masses now turned vendors. The unfortunate part is that our leaders are ruthless and have no empathy at all. Thus there is an urgent need for national consensus and unity against these pitiless ruling elites that have turned Zimbabwe into a living hell.
Opposition parties, civil society, churches and the general poor masses need to come together and push for the ouster of the current regime. Indeed it is time that Zimbabweans have mercy on themselves and engage in struggles to free themselves from the chains of Mugabenomics. It is time for people power!!