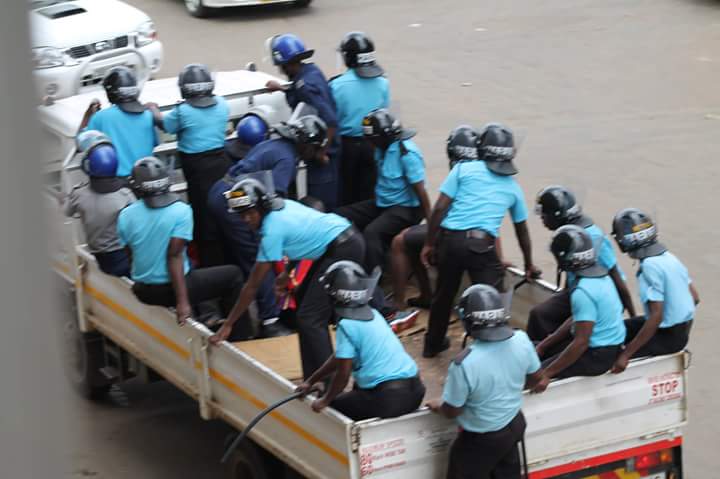 HARARE municipal police involved in the current city blitz against illegal street vendors have been accused of harassment, demanding bribes and stealing different wares they would have seized from the traders.

In an interview with NewZimbabwe.com weekend, a number of frustrated vendors complained of daylight robbery by municipal police.

The operation is being conducted in collaboration with State police.

A woman who identified herself as Mercy Nyakudya said they were now finding it difficult to make any profits from their activities because of the greed displayed by municipal police.

“They are stealing from us, we cannot even make profits. They come 10 times a day,” she said.

Nyakudya added; “I find it better if they arrest us and take us to the police station. But they just catch us, take our stuff and threaten not to return it if we do not give them bribes. I find myself left with no option but to pay the bribe.”

Another vendor who identified himself as Letmore Munyati said intimidation has become so brazen that some of the officers would often confront vendors in plain clothes and still fail to produce their identity cards.

“They come after every 30 minutes and demand bribes,” he said, adding, “Things are tough for everyone and this (harassments) cannot be life. Council has worsened our lives.

“We come here early in the morning to try and make ends meet and at the end of the day, all I am doing is working for greedy city council officers.”

During the raids, Munyati said, some vulnerable female vendors often find themselves hurting their babies as they try to evade arrest.