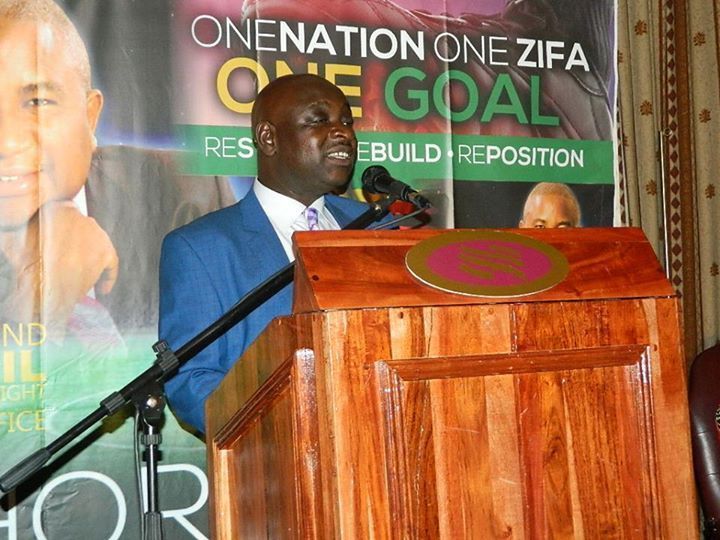 Manyengavana, a veteran football administrator, collapsed on Monday morning at a Harare gym and was rushed to the Avenues Clinics where he was pronounced dead upon arrival.

The Northern Region Soccer League (NRSL) confirmed Manyrngavana’s passing on in a statement.

“It is with a heavy heart that we announce the passing on of our chairman Willard Manyengavana,” reads the statement. “He collapsed while in the gym and was confirmed dead on arrival at the Avenues Clinic.

“Funeral arrangements will be communicated in due course.”

Manyengavana, who has previously served as vice chairman of the Premier Soccer League in addition to another role at Harare giants CAPS United, was chairman of the NRSL since 2013.

The seasoned football administrator was credited with transforming NRSL it into one of the most competitive and professionally run regional division one leagues in the country, attracting several corporate sponsors.

“Our thoughts and prayers are with friends and family of veteran football administrator, Northern Region chair and ZIFA councillor, Willard Manyengavana who passed on earlier today. May his soul rest in peace. His legacy immortalises the mortal who has left us,” ZIFA said in a statement.

The PSL, where Manyengavana served as vice-chairman from 2006 to 2010, said in a statement: “It is with deep sadness that we learnt of the sudden passing of former PSL Vice Chairman and Chairman of the ZIFA Northern Region, Willard Manyengavana.

“We would like to express our sincere condolences to the Manyengevana family and the entire football fraternity. May his soul rest in peace.”