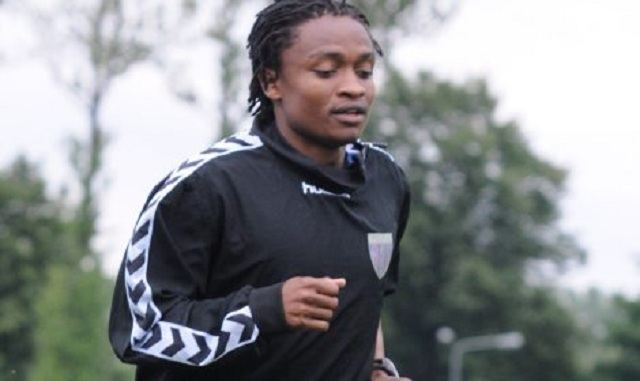 The 38-year-old Shamva-born former Warriors player had set his sights on playing in his swansong season this year but his hopes were dashed when the season was scrapped due to the Covid-19 pandemic.

Chicken Inn coach Joey Antipas was hoping his veteran star would feature for one more season in the topflight but Matawu revealed that he has decided to hang his boots in a statement on his Twitter account on Tuesday evening.

“Today I announce my retirement from professional football, it has been a journey filled with all emotions and memories, the journey of a lifetime,” Matawu said.

“Since my return to PSL from my European endeavours in 2013, year in year out I contemplated coming to this very hard decision. Would have loved to play until forever but the robot is saying stop, I guess the playing has to change.”

The gifted midfielder who rose from Shamva before joining starring for local sides Motor Action and Chicken Inn in addition to stints in Poland with Polonia Bytom and Bielsko-Biala paid tribute to his family and those who played a pivotal role in his career.

“I would like to thank my wife Angie Sigadula, Mai Kile from Shamva, kids, close and extended family, friends and all football fans for all the support, understanding through thick and thin and all the crap that you endured because of my actions”.

“To all the Coaches I’ve had, thank you for your time in shaping me as a footballer and person. To all my team mates good and bad memories, will definitely miss the pre match rituals and post-match parties regardless of the result it was like a family. Chicken Inn, Motor Action, Polonia Bytom, Bielsko-Biala, Shamva Mine FC and Zimbabwe football fans thank you for your support and appreciation. I might have ignored you when I was playing but I always heard you,” he said.

Matawu made his Premier Soccer League debut with the now-defunct Motor Action on April 8, 2001.

He moved a notch up in 2010, when he joined Polish top-flight side Polonia Byton, where he spent two seasons before returning to Harare.

After his return to Zimbabwe he joined Chicken Inn in 2013, where he spent the remainder of his career.

He won the league championship with Chicken Inn in 2015 and appeared on the Soccer Stars calendar for three consecutive years between 2015 and 2017.

In total he has been on the Soccer Stars of the Year calendar six times.

In addition to his exploits on the field of play, Matawu has also been excelling in the classroom and last year, the midfielder graduated with a Bachelor of Science Honours Degree in Sport Science and Coaching from the National University of Science at Technology (NUST).