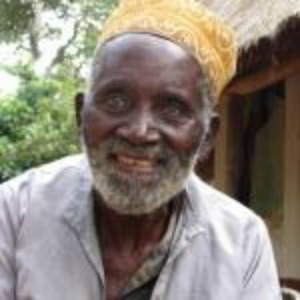 THE National Arts Council of Zimbabwe (NACZ) has mourned the passing on of one of the country’s eminent first generation sculptors, Amali Wasiri Malola.
Malola passed away on March 8 at the age of 102.
He was based at Tengenenge Arts Community which is run by internationally acclaimed sculptor Dominic Benhura.
In a condolence message, NACZ Communication and Marketing Officer, Catherine Mthombeni, described Malola as a talented outstanding sculptor.
“His sculptures often represented comic figures and mostly true stories. His sculptures are scattered in many galleries and museums in Zimbabwe and abroad especially Europe and America.
“Most of the First Generation sculptors did not sculpt for love of money but for the love of their culture. Even at his old age, his creativity passion was still evident in his works.
“In 2003 he won in a competition in Harare and twice in exhibitions that were held by the Korean Embassy at Tengenenge in 2005 and 2006 respectively. Indeed, his death has left a void in the arts and culture sector for he was not only a talented outstanding sculptor but also a patient inspirational mentor to many young sculptors at Tengenenge.
“Very few of his generation of sculptors are now left to mentor the young. Notable surviving sculptors are Slyvester M’bayi in Chitungwiza and Josia Manzi in Tengenenge,” said Mthombeni.
Malola, whose career spanned for decades, worked with other iconic stone sculptors who included Lemon Moses, Slyvester Mubayi, Henry Munyaradzi, Bernard Matemera and Kakoma Kweli among others.
“The National Arts Council of Zimbabwe will always cherish his passion as a visual artist and his unique sculptures that exuded his artistic prowess. Indeed, the arts industry has been robbed of a talented and dedicated artist,” Mthombeni said.
Born in Mulembe in Malawi, Amali belonged to the Ayao clan and his totem is Mbeve. Amali began stone sculpting in 1969 having been taught by his wife and realised that this form of artistic expression did not contradict with his Muslim religious beliefs.
For almost 40 years Amali committed himself to sculpting as a way of survival as well as expressing himself. It is sad that he had very little to show for all the years spent doing nothing else but sculpt together with his wife and children.Advertisement