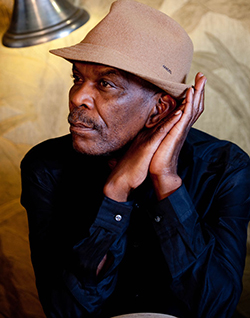 VETERAN South African Afro-Jazz musician, Ray Chikapa Enock Phiri has died.
He was 70.
Phiri, who was the lead singer of Stimela, died of lung cancer in a South African hospital where he had been admitted and being attended to by an oncologist.
Tributes to the late singer were pouring in as news of his death filtered through, with the most notable ones being from South African President, Jacob Zuma and the opposition Economic Freedom Front (EFF) led by former African National Congress Youth League chairperson, Julius Malema.
In his condolence message to the Phiri family, Zuma described the late musician as a Musical Giant.
“This is indeed a huge loss for South Africa and the music industry as a whole. We are with his family in thoughts and prayers during this trying period,” Zuma said in a statement.
He said Phiri was honoured with the Order of Ikhamanga in Silver for his contribution to the music industry in the country and the use of the arts as an instrument for social transformation.
“Orders are the highest awards that a country, through its president, bestows on its citizens and eminent foreign nationals,” he said.
In a statement, opposition EFF National Spokesperson, Mbuyiseni Quintini Ndlozi said Phiri’s music was a testimony that humanity lived without borders.
“The EFF sends revolutionary condolences on the passing of legendary music giant, Ray Phiri. The Stimela band member who has been suffering from lung cancer has reached the finish line of the race of life. May his family, friends, music lovers and All South Africans be comforted during this hard time,” he said.

Phiri was born in Mpumalanga on 23 March 1947, and was the founding member of the group Cannibals in the 1970’s, which was later to be renamed Stimela.
“The renaming of the group to Stimela was no coincidence; they were named Stimela because of migration of consciousness.
“They changed their name to Stimela after a life changing experience in Mozambique when they were stranded in Maputo for three months. “They had to sell all their belongings to take a train home,” Ndlozi noted in his statement.Advertisement

Stimela is the Nguni translation for train.