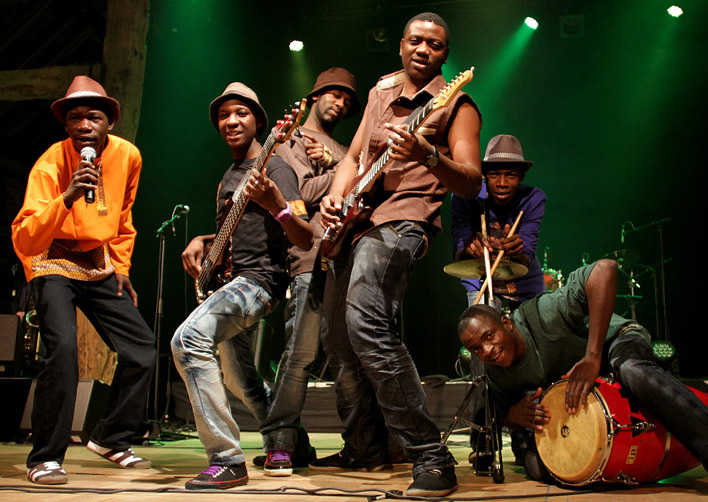 UNITED Kingdom revelers are up for a refreshing afro-jazz summer as globe-trotting Victoria Falls ensemble Mokoomba are gearing up for an exclusive tour set for early August.
The six-piece band has announced a series of dates for the UK tour from 11 August, targeting 100 clubs in London as well as events such as the Boom Town Festival in Winchester, Band On The Wall in Manchester and Thekla in Bristol.
The tour comes after Mokoomba recently made a historical debut performance at the Apollo Theatre in Herlem, New York during their recent tour of Canada and United states of America.
Hailing from Victoria Falls, the band has toured over 50 countries around the world and has won a few awards as well as appearing on British music television show “Later with Jools Holland”.
Band member, Abundance Mutori said Mokoomba’s distinct sound has brought them fame on the international market due, in large part, to their roots in Victoria Falls which is a melting pot of cultures.
“With all the elements that it has, and becoming also a border town to other southern African countries, is what makes our music, different and interesting especially internationally,” says Mutori.
“Because we are fusing also with all these other elements that we grew up listening to, from these Pan-African sounds and fusing them with our own tradition and culture,” he added.
The band’s name ‘Mokoomba’ is also a reference to its cultural roots in the majestic Zambezi River, which is a symbol of the vibrant life along the river banks.
Band manager Murcus Gora said Mokoomba is the first group from Zimbabwe to perform at the Apollo Theatre in New York, which is an iconic institution in the African American community.
“Coming from Victoria Falls and representing the whole of Zimbabwe as the band to play at The Apollo was a historic experience; the crowd really received our music.”
Mokoomba are the hottest new blend of raw afro-fusion energy that is setting dance floors ablaze throughout the world.
They play a unique blend of Tonga and Luvale traditional rhythms fused with dashes of funk, ska and soukous.
The band has been playing together since 2002, when the members were teenagers attending Mosi-Oa-Tunya High in Victoria Falls.Advertisement