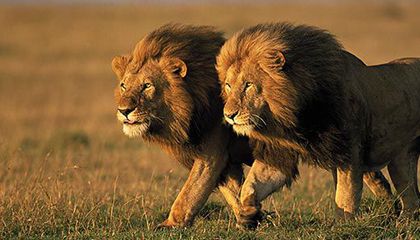 WHEN parents christen their children with a name, it is usually to communicate something or an expression of a certain experience.

For Lucky Tusike his parents could have had him by chance or favoured having him as a son.

At 23, Lady Luck smiled at Lucky on Tuesday morning when he survived an attack by a lion, a rare escape from the big cat.

Lucky, believed to be mentally challenged, reportedly dozed off on the roadside along the Victoria Falls-Hwange road, in an area so infested with deadly wild animals even motorists dare not come out of their cars in the event of a breakdown.

Lucky reportedly slept and was attacked by a lion which left him with bruises and deep cuts on the shoulder.

He was picked up by a policeman who was driving to Hwange at around 9am and rushed to St Patrick’s Hospital where his condition is said to be stable.

There are several incidents of attacks on people by wild animals especially elephants and lions especially in Matabeleland North. Early this year a body of a man from Dopota outside Hwange was found about two kilometres from the main road and it was suspected he was killed and dragged by hyenas into the bush.

A report made to the police showed that Lucky is from Village 2C Madolofiyeni, Insuza.

“On July 20 at 9AM and at the 40km peg, the informant was driving to work when he saw the victim lying on the side of the road bleeding profusely from the lower shoulder blade,” said the police in a report.

Tusike reportedly told police that he was attacked by a lion while asleep on the side of the road. He had bruises and deep cut wounds on the lower right shoulder suspected to have been caused by a its claws.