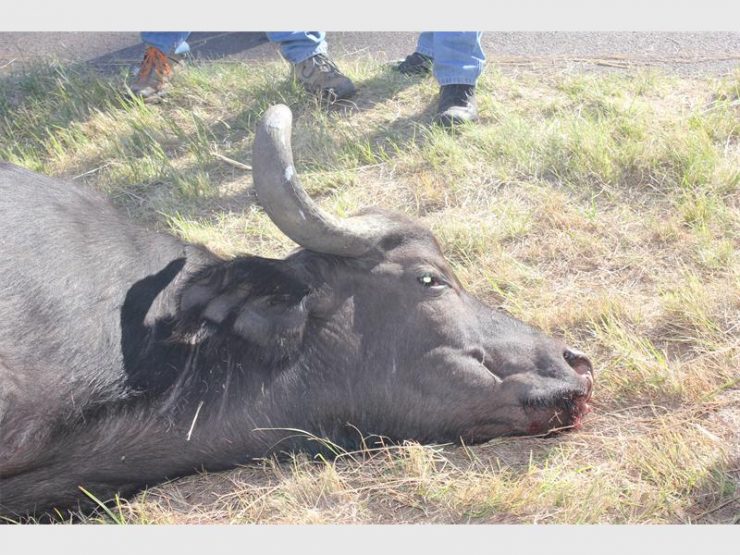 MATETSI: An anti-poaching unit in Matetsi managed to track and arrest a poacher after he left behind his pair of shoes while fleeing when bullets were fired at him after being caught skinning a buffalo.

Stanford Nyathi (35) was part of a six-man gang of suspected poachers who fled after being bust by a team of rangers who fired warning shots at them.

The rangers managed shoot to death three dogs belonging to the gang that had killed a buffalo in Hillcrest Forest.

Three of the suspected poachers left behind shoes which police are using to hunt for the owners.

Nyathi from Village 3 in Matetsi has since been arrested after villagers helped the police identify one of the pairs of shoes as his.

He appeared before Victoria Falls magistrate Linda Dzvene charged with one count of poaching, another of removing a carcass and another of illegal hunting.

Nyathi was remanded in custody.

Prosecuting Sithabile Daka said a villager and his son who were cutting poles in the bush tipped rangers after hearing dogs barking and a buffalo making noise.

“On the 18th of August, Zenzo Ndlovu went into Hillcrest Forest to cut some poles with his son Joram Ndlovu. The two heard noise of dogs barking and a buffalo making noise and informed Wayne Ndlovu, a scout,” said the prosecutor.

Ndlovu teamed up with other rangers and ambushed the suspects who they found skinning a buffalo.

Upon seeing the rangers, the poachers fled leaving the carcass. Rangers fired warning shots but none of the suspects stopped.

However, the rangers managed to shoot dead three dogs.

A female buffalo carcass, three axes, four spears, three pairs of shoes and some clothes were recovered from the scene.

The anti-poaching team took the shoes to the village to investigate and managed to arrest Nyathi.

A search at Nyathi’s homestead also led to the recovery of impala hooves and wire snares which he claimed did not belong to him.