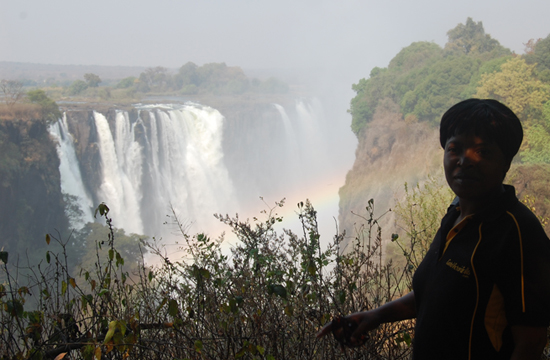 VICTORIA Falls municipality has applied for city status, with the local authority saying it has capacity and adequate infrastructure to warrant the upgrade.
The country’s prime resort town was conferred municipal status in 1999 and submitted an application for consideration to be a city early this year.
Government dispatched a five-member commission headed by principal director responsible for urban and local authorities in the Ministry of Local Government, Public Works and National Housing, Erica Jones to assess the town’s suitability.
Jones said details of the commission’s findings will be contained in a report which will be presented to Minister of local government.
“The municipality has communicated very well and we heard wide evidence from all sectors including residents. We are therefore going to make a report and submit to the minister on Thursday who will then make recommendations to President Mugabe,” she said.
She said details of the commission’s findings will only be known through a report to the local government minister.
Town clerk, Ronnie Dube said Victoria Falls has a viable tourism industry that qualifies it for city status.
“We have made our submissions and all we can do now is hope for government to confer us with the status. Being the tourism hub, the town is strategic to the country and we also have capacity in terms of infrastructure and human resource hence we are hopeful,” said Dube.
Mayor Sifiso Mpofu said Victoria Falls has better facilities than some cities in the country.
The town has a population of more than 38,000 people according to the 2012 census.
The town boasts of 12 hotels and dozens of lodges that are complemented by a state of the art Victoria Falls International Airport.
Victoria Falls was accorded Special Economic Zone status early this year while plans are also underway to build a Disneyland-style theme park at a cost of $460 million with an agreement already having been signed with Chinese investors.Advertisement